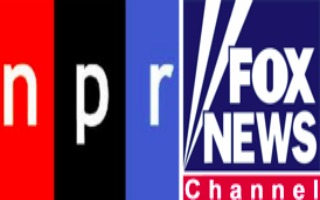 A new survey from Farleigh Dickinson University’s PublicMind finds that people who watch no news at all can answer more questions about international current events than people who watch cable news outlets like Fox News and MSNBC. The survey also finds that Fox News viewers are the worst-informed on domestic and international current events, while NPR listeners are the best-informed.

The poll report claims that “NPR and Sunday morning political talk shows are the most informative news outlets, while exposure to partisan sources, such as Fox News and MSNBC, has a negative impact on people’s current events knowledge.”

The report says of its findings on Fox News:

The survey also controlled for partisanship. Cable news viewers answered more questions correctly when their political views aligned with those of the outlets they watched. Moderates and liberals who watch only Fox did worse than the conservatives who watch it. Similarly for MSNBC, its conservative viewers struggled compared to the liberal viewers. FDU political scientist Dan Cassino said this shows that “Ideological news sources, like Fox and MSNBC, are really just talking to one audience. […] This is solid evidence that if you’re not in that audience, you’re not going to get anything out of watching them.”

The findings are similar to another FDU survey conducted last November. A few of my Mediaite colleagues debated the methodology of that survey, which involved calling only 612 New Jersey residents. But this time, FDU surveyed 1,185 random people by landline and cell phone.

Update: Fox News responded to the University, as this is the second study from the university saying the same:

“Considering FDU’s undergraduate school is ranked as one of the worst in the country,” said the FNC spokesperson, “we suggest the school invest in improving its weak academic program instead of spending money on frivolous polling – their student body does not deserve to be so ill-informed.”

SURVEY QUESTIONS:
• To the best of your knowledge, have the opposition groups protesting in Egypt been successful in removing Hosni Mubarak?
• How about the opposition groups in Syria? Have they been successful in removing Bashar al-Assad?
• Some countries in Europe are deeply in debt, and have had to be bailed out by other countries. To the best of your knowledge, which country has had to spend the most money to bail out European countries?
• There have been increasing talks about economic sanctions against Iran. What are these sanctions supposed to do?
• Which party has the most seats in the House of Representatives right now?
• In December, House Republicans agreed to a short-term extension of a payroll tax cut, but only if President Obama agreed to do what?
• It took a long time to get the final results of the Iowa caucuses for Republican candidates. In the end, who was declared the winner?
• How about the New Hampshire Primary? Which Republican won that race?
• According to official figures, about what percentage of Americans are currently unemployed?