YouTube Appears to Have Taken Down Alex Jones’ Channel 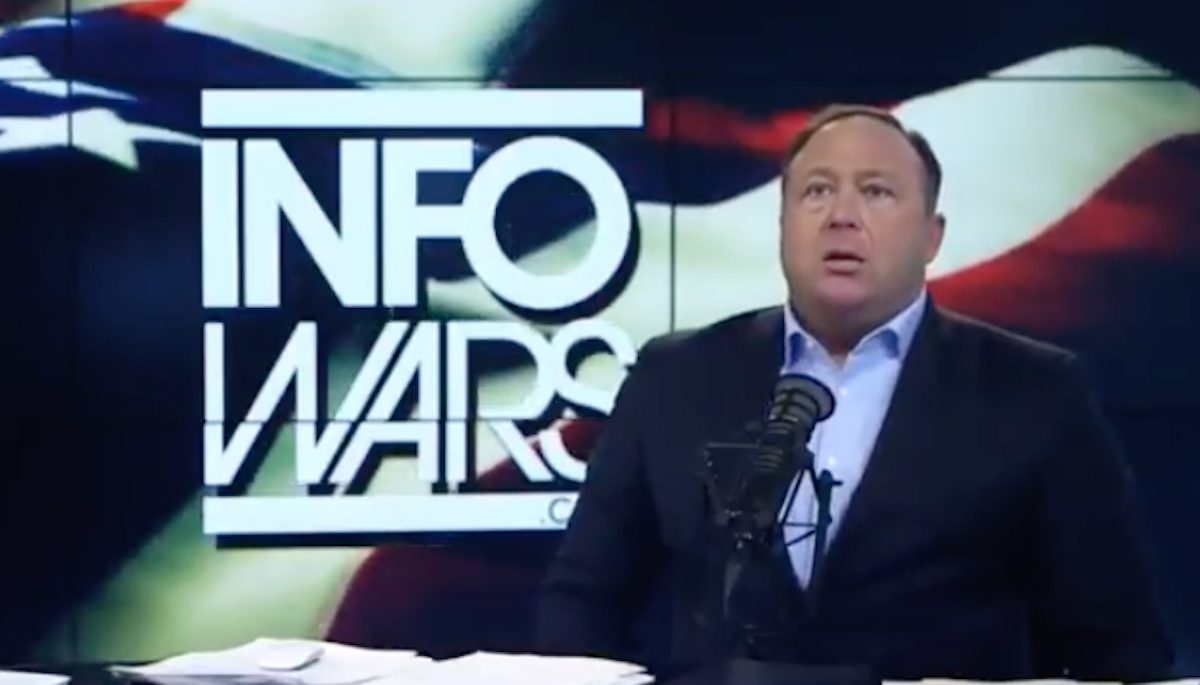 YouTube appears to have taken down Alex Jones‘ channel entirely.

The big move against the conspiracy-mongering InfoWars host’s channel was first flagged by CNN’s Oliver Darcy:

It appears YouTube has removed the Alex Jones Channel for violating its guidelines pic.twitter.com/H0Onaac3rJ

Indeed, if you go to the Alex Jones Channel YouTube page, you get that account termination message.

YouTube recently cracked down on Jones’ channel and took down some videos. It’s unclear as of now what the final straw was.

After crackdowns earlier today on other services, Jones said they’re being “censored”: