Why Does MSNBC's Nicolle Wallace Get an Opinion Pass
Opinion

Why Does MSNBC’s Nicolle Wallace Get a Pass for Expressing Political Opinions Anchoring a News Show? 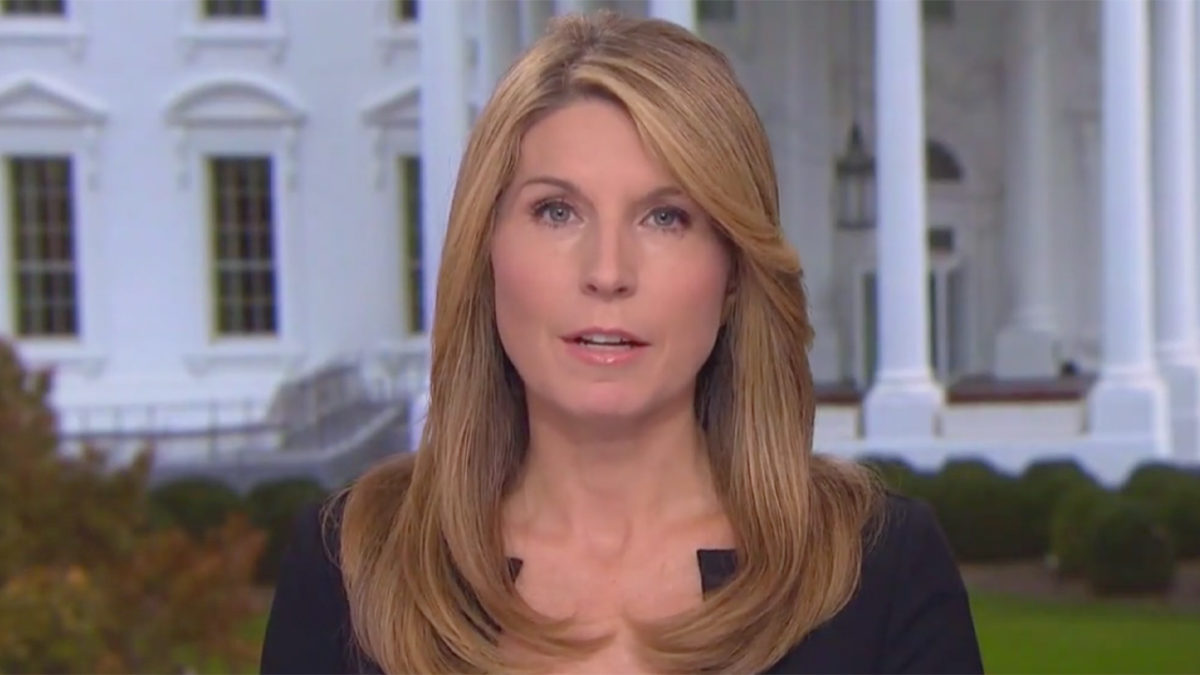 A frequent and favored criticism of media industry punching bag Fox News is that they blur the lines between opinion and news. This is often paired with the more serious accusation that the blurring is done on behalf of or in service to President Donald Trump, but the fact remains that in the realm of media criticism, from any political perspective, that heady mixed drink of facts and opinion is a poisonous tonic.

But although Fox finds themselves so frequently on the receiving end of this judgment, they are far from the only culprit. Perhaps not even the worst.

In fact, it is because of the intense scrutiny and glut of critics that Fox News is one of the few networks that has been made to draw a clear line in the sand between opinion and news, delineated by schedule and presentation.

At Fox News, news and opinion personalities are as strictly separated as church and state – noticeably enough for outlets (including Mediaite) to cover the “growing divide between Fox News’ pro-Trump opinion hosts and news anchors” as sport.

Most of us know that when you turn on Sean Hannity’s Hannity or Tucker Carlson’s Tucker Carlson Tonight, you’re gonna receive a shot of pure, unadulterated opinion, while if you turn on Fox Report or anything starring Neil Cavuto, you’re in for a dose of hard, dry news.

Some overtly opinionated political guests have even been barred from appearing on Fox’s “hard news” shows, receiving clearance only for the opinion shows like Hannity.

On the other hand, at competing networks like MSNBC, can anyone really say which shows are opinion or news?

Oftentimes, they are advertised as both.

Rachel Maddow’s The Rachel Maddow Show, Joy Reid’s AM Joy, and Chris Hayes’ All In With Chris Hayes and Morning Joe are all opinion-based programs that deliver the news.

But MSNBC makes a pretty clear demarcation in their daily schedule. The network has previously confirmed to Mediaite that programming from 9 a.m. to 5 p.m. is dedicated to “news and analysis.” When asked for comment for this story, the network declined.

MSNBC political analyst Joy Reid relentlessly swerves between news and opinion, providing some of the most partisan takes on cable television under the guise of responsible political analysis, and Reid even got away with one of the most blatant fibs in television history after she claimed “hackers” were responsible for years-old homophobic blog posts– a tall tale which received bipartisan scrutiny.

In an era where the line between news and opinion is often blurred, there may be no better example than 4 p.m. show, Deadline: White House, hosted by Nicolle Wallace, a former communications director for President George W. Bush and vocal critic of Trump who is billed somewhat vaguely as a “political analyst” by the network.

As recently as Tuesday, Wallace called Trump’s media defenders “chickenshit” live on air during a breaking news segment. In August, Wallace apologized after falsely claiming on her show that Trump was “talking about exterminating Latinos.”

In January, on Deadline: White House, Wallace declared, “There isn’t a strain of racism on the left,” while last year, again on her show, Wallace referred to President Trump as a “hamburger-eating, zamboni-riding loon” — all statements of opinion.

Wallace struggles to go five minutes without announcing her take on a situation, often to quotable effect.

To much fanfare, fellow “analyst” Evelyn Farkaswas was able to freely compare President Donald Trump to a “North Korean leader” on Wallace’s show in 2017.

The difference in reaction is self-evident.

“Fox & Friends‘ combination of sloppy news coverage and fierce rightwing opinion is a microcosm of how much Fox values each side of the network,” wrote Media Matters researcher Bobby Lewis in a column for the Guardian just last week. “It can be so intense on Fox & Friends that I sometimes have what could be called propaganda hangovers – after finishing the show, I feel as though I’m trapped in a fog of disinformation, and my mental processes feel sluggish for a few more minutes.”

“It shows how news and opinion is blurred – but opinion wins – and the lengths the network goes to ensure a devoted audience,” Lewis continued, adding, “Fox is a shameless counterfeit of a news organization, and Fox & Friends leads the fraud bright and early every morning.”

But are Lewis’ accusations of “propaganda,” “disinformation,” and “blurred” lines unique to the flagship of Rupert Murdoch?

MSNBC and NBC News have also attempted character assassinations backed up by poor sources on a number of occasions in the past, an obvious transgression for any media critic with an objective eye.

Shoddy sources were used by NBC News just this year, for example, to imply that 2020 Democratic presidential candidate Rep. Tulsi Gabbard (D-HI) was a Russian asset (an incident really only called out by the Intercept’s Glenn Greenwald), while MSNBC host Lawrence O’Donnell was forced to apologize and retract a story about President Trump’s finances after it was revealed to be “thinly sourced.” The tip of a large iceberg.

And it’s not just the mixture. Just as Fox faces the more serious criticism of undertaking that line-blurring on behalf of political interest, NBC News has likewise been accused by HuffPost contributor Yashar Ali of attempting to shut down one of his stories on behalf of the Democratic National Committee.

“I received a call from [Dafna Linzer] who serves as managing editor of NBC/MSNBC politics. Dafna’s conduct during the call was highly inappropriate and unethical. So what was the purpose of her call? She called me to bully me on behalf of the DNC,” claimed Ali in March of this year. “Dafna, who oversees the political coverage for NBC and MSNBC, was calling to bully me into delaying the publication of an innocuous scoop and at no point did she advocate for her network, it was only about the DNC.”

“I said I couldn’t. She was agitated, ‘why not?’ I said I’m not going to lose a scoop. Then she got angrier and said ‘Why not? It’s not a big deal, let them make a few phone calls. My jaw dropped,” he recounted. “I realized that @DafnaLinzer, the head of all political coverage for NBC News and MSNBC wasn’t calling to advocate for her network, she was calling to advocate the DNC’s position. She wanted me to wait so they could call state party leaders.”

In June, MSNBC excluded political outsider Andrew Yang from a list of 2020 Democratic presidential candidates, despite featuring every single other main candidate, including those who polled far lower than Yang and who failed to meet all the requirements for the Democratic debates, unlike Yang.

Does that not warrant criticism or merit a hangover from our fellow media critics?

Fox News is an easy punching bag, particularly for journalists, researchers, and commentators on the opposite side of the political spectrum, but a great hypocrisy is at work.

Whereas Fox News is held under the most intense scrutiny, unable to significantly deviate from strict separation of church and state for fear of immense media and advertiser backlash, liberal outlets are by and large given a free pass, their injection of progressive opinion or Democratic talking points into news and analysis overlooked (or even celebrated).

Pundits like Joy Reid, Rachel Maddow and Nicolle Wallace are held up to conservatives as positive examples of what real television anchors should look like, but the truth is, they indulge in opinion as freely as Sean Hannity, as openly as Fox and Friends, and without the check of an industry dedicated to unseating them.

That dynamic is toxic. And no amount of complaining about “bubbles” will undo the audience segregation that results from it.