Rudy Giuliani Goes Off on Jerry Nadler: His Diarrhea of the Mouth' Shows His 'Bias'
TAUNTS

Giuliani Goes Off on Nadler: His ‘Diarrhea of the Mouth’ Shows His Bias 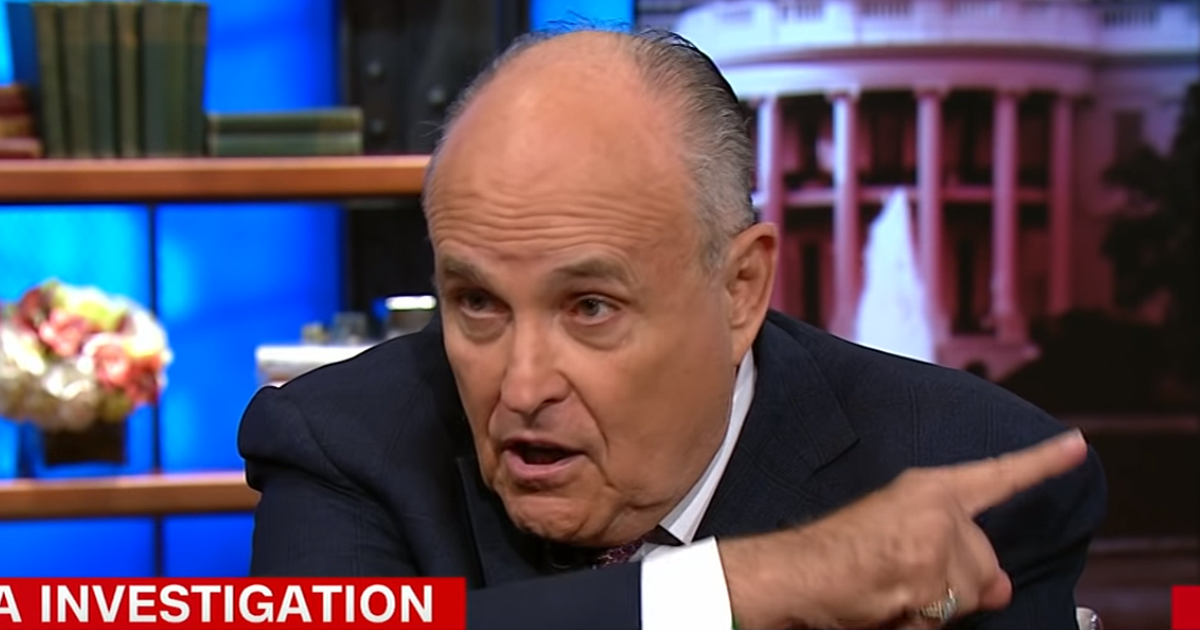 Trump attorney Rudy Giuliani lashed out today at Rep. Jerry Nadler, chairman of the House Judiciary Committee, on Wednesday, accusing him rather mundanely of a “lack of judiciousness”, and rather dramatically of “diarrhea of the mouth.”

He first tweeted angrily, saying that Nadler is “lashing out personally” at, presumably, the president and Giuliani himself, because his appearances on cable news over the last year “expose his bias.” That’s where the “diarrhea of the mouth” comment comes in. He also argues that Nadler has pre-judged the President’s guilt, and cites Amtrak conversations.

Jerry Nadler is lashing out personally because on national tv it was easy to expose his bias.Jerry’s diarrhea of the mouth produced a year of statements showing pre-judgement.His lack of judiciousness was evident when he was overheard on Amtrak prematurely planning impeachment.

That Amtrak reference is to a story from last year, in which Nadler was overheard on the Acela route discussing the Kavanaugh hearings.

About ten minutes after the initial tweet, Giuliani followed-up.

Nadler has pre-judged his investigation. He is like the judge who announces I’ll give you a trial, before I hang you. He has rendered his investigation illegitimate based on his injudicious remarks. He has created a legal basis to challenge any subpoena until he is removed.

“He is like the judge who announces I’ll give you a trial, before I hang you,” he said of Nadler. “He has rendered his investigation illegitimate based on his injudicious remarks.”

At the time of this post, Rep. Nadler has not responded to the tweets.