Brian Kilmeade Backtracks After Asking If Rep. Omar is 'An American First'

Brian Kilmeade Backtracks After Asking If Rep. Ilhan Omar is ‘An American First’ 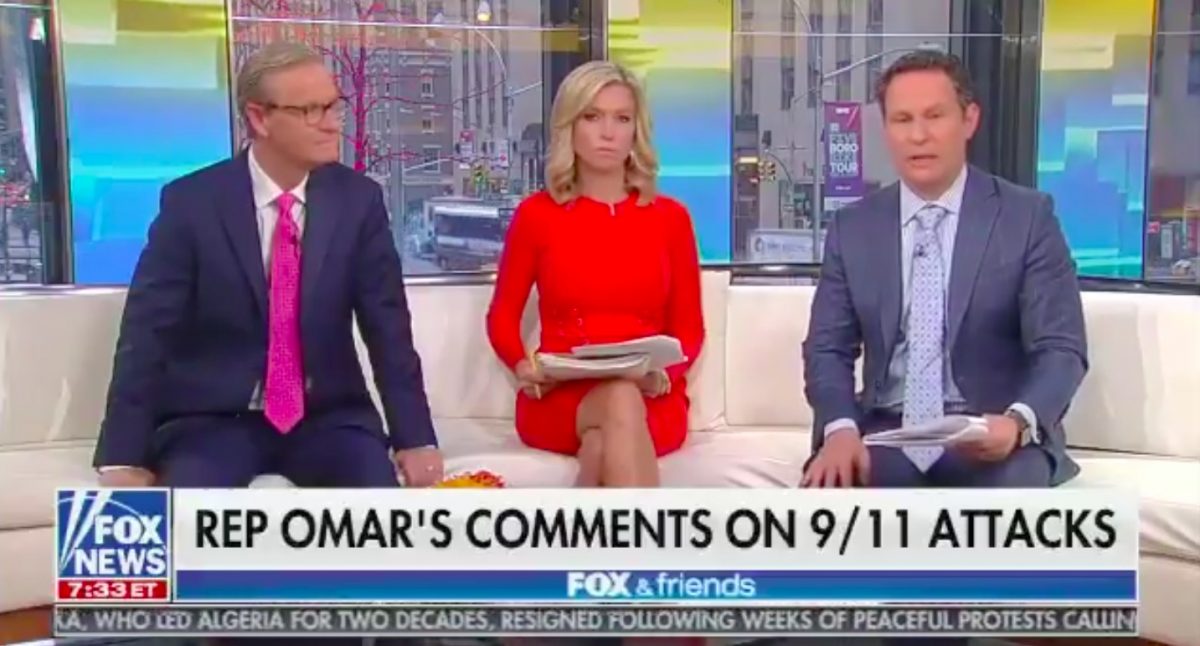 Fox & Friends co-host Brian Kilmeade walked back comments he made about Rep. Ilhan Omar (D-MN) this mornin. Kilemeade was reacting to Omar’s recent comments about the terrorist attacks on 9/11.

“Really? ‘Some people did something?’ You have to wonder if she is an American first,” Kilmeade said Wednesday morning. “Can you imagine if she was representing your community, and you were in her district, how embarrassed you must feel today.”

In a tweet later in the afternoon, the co-host said, “I didn’t intend to question whether Rep. Omar is an American”:

I didn’t intend to question whether Rep. Omar is an American – I am questioning how any American, let alone a United States Congresswoman, could downplay the 9/11 attacks.

“This is dangerous incitement, given the death threats I face. I hope leaders of both parties will join me in condemning it,” Omar responded in a tweet Wednesday afternoon. “My love and commitment to our country and that of my colleagues should never be in question. We are ALL Americans!”

Rep. Dan Crenshaw (R-TX), who Omar also singled out in her tweet, responded to her saying he was not inciting violence against her:

1. I never called you un-American.

2. I did not incite any violence against you.

3. You described an act of terrorism on American soil that killed thousands of innocent lives as “some people did something.”

It’s still unbelievable, as is your response here. https://t.co/SsfWYepOS1