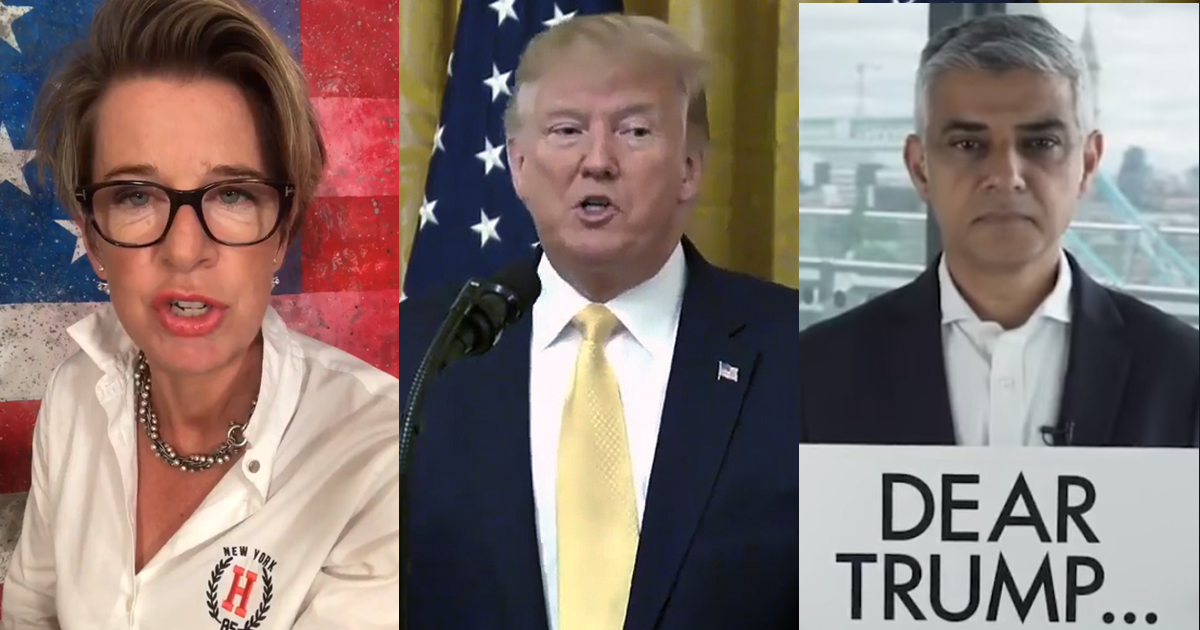 President Donald Trump was apparently amused by or in agreement with a racist attack on Saturday, when he retweeted far-right Brit Katie Hopkins‘ insult and slur of London mayor Sadiq Khan.

“The nipple-height Mayor of Londonistan has NEVER been so unpopular,” read the Hopkins tweet. “He has MINUS approval ratings because we are stab-city.”

“London deserves better. Get Khan Out,” it said. 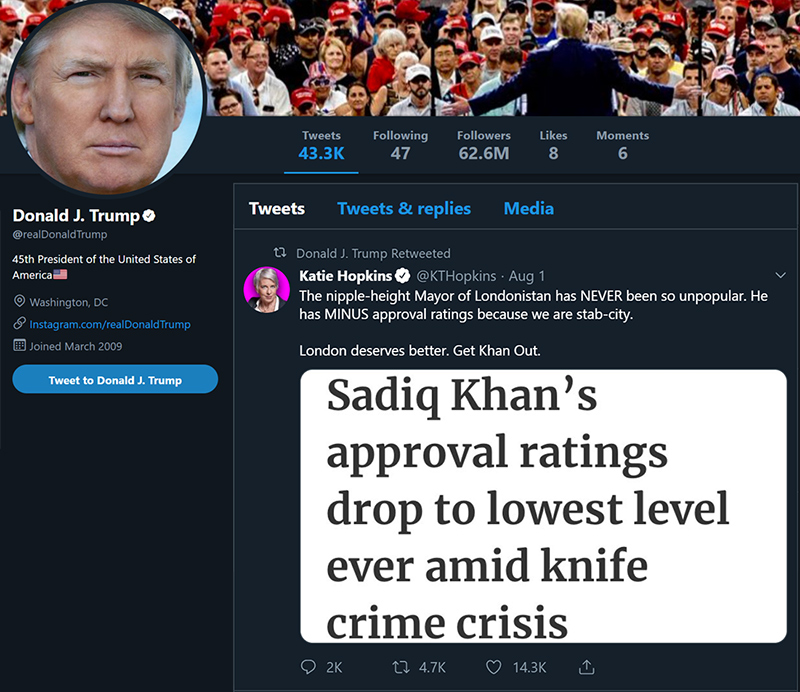 The vulgar personal insult about the mayor’s height may have amused Trump, who has an affinity for personal insults, but it might have been the racist “Londonistan” that prompted the retweet. It’s a phrase used frequently by Hopkins and other far-right activists to refer to the fact that the Mayor and many residents of London are Muslims.

Trump retweeted a different “Londonistan” tweet from Hopkins just a month or so ago.

LONDON needs a new mayor ASAP. Khan is a disaster – will only get worse! https://t.co/n7qKI3BbD2

President Trump and Mayor Khan have exchanged words on many prior occasions.