In light of that fantastic news, Hegseth celebrated by mocking the New York Times for failing to cover the story. He proudly declared that he had flipped through Friday’s print edition of the paper, and didn’t see a trace of the good news.

“I looked for the five ISIS leaders captured in the Failing New York Times,” Hegseth said. “And in the print edition today I have not seen it yet.”

Not exactly: despite Trump’s tweet on Thursday claiming the ISIS leaders were “just captured,” they were actually captured in early spring. And the New York Times was the first American media outlet to report on the capture, a day before the president announced the news on Twitter.

In a report published online Wednesday night, and featured in the paper’s Thursday edition, which Hegseth must have missed, the Times reported the story: “Five Top ISIS Officials Captured in U.S.-Iraqi Sting.” 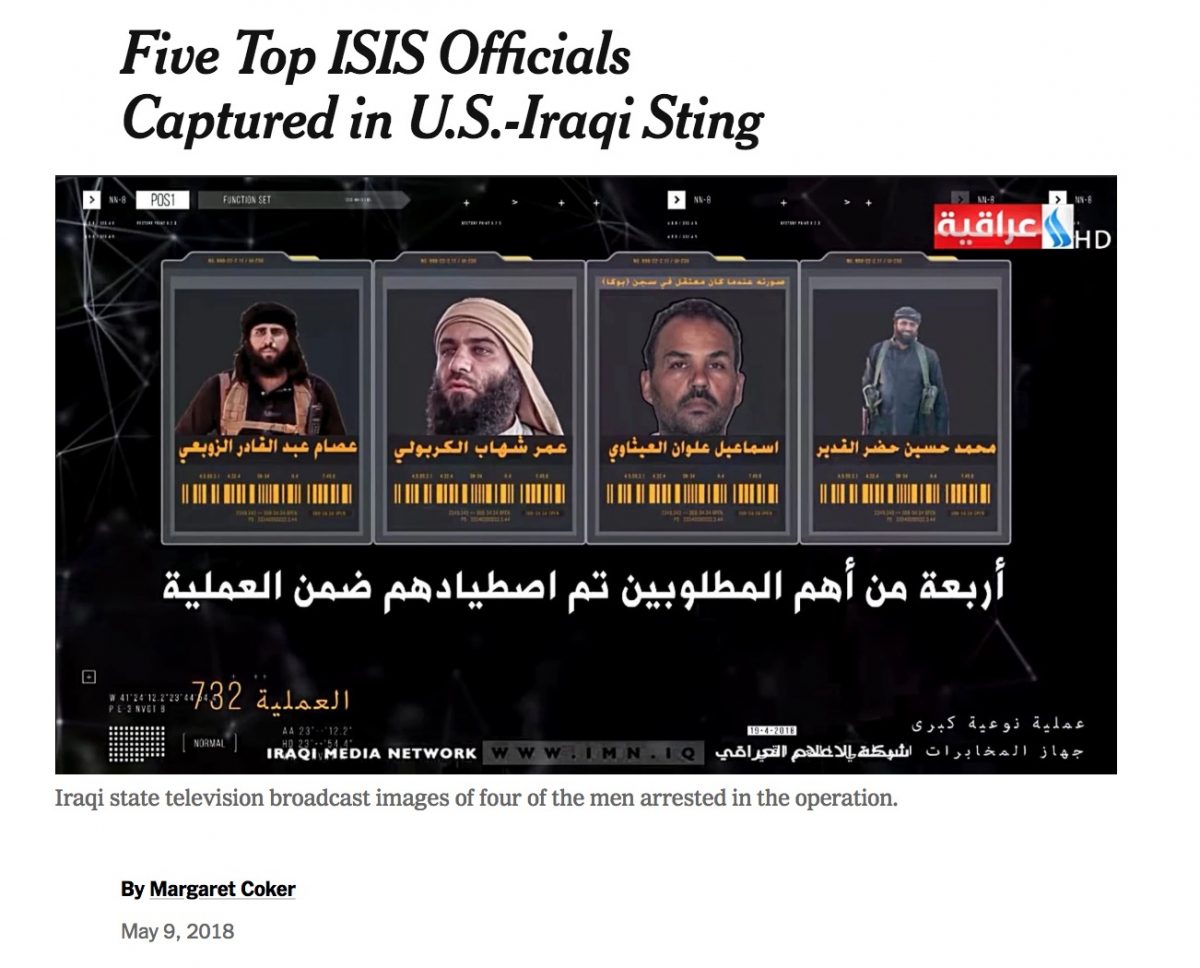 That report — published on Wednesday evening after the news was covered by Iraqi state television — was written by Baghdad bureau chief Margaret Coker, who confirmed the captures with two Iraqi officials.