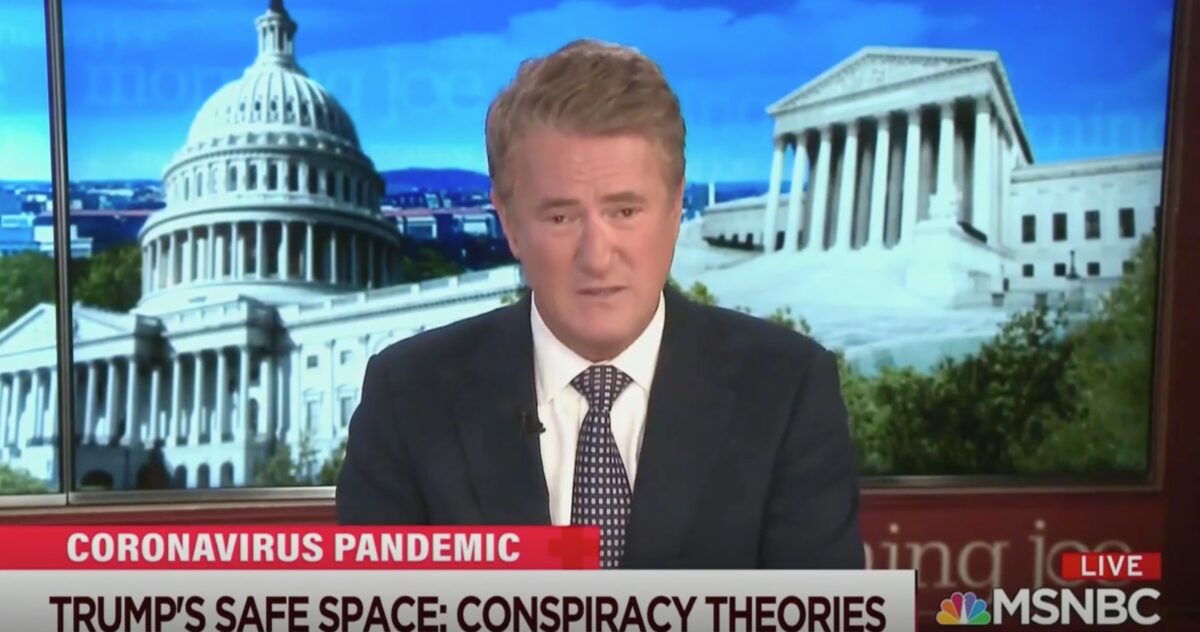 For weeks, Trump has raged against criticism from MSNBC’s Morning Joe by pushing a groundless, evidence-free claim that Joe Scarborough is a murderer. The president claims Scarborough had a hand in Mrs. Klausutis’ death when she used to be his congressional intern, even though autopsy results showed that her death was due to an undiagnosed heart condition that caused her to fall and hit her head on a desk.

The New York Times picked up on a letter Mr. Klausutis wrote to Twitter CEO Jack Dorsey last week, in which, he laments the “falsehoods, half-truths, innuendo and conspiracy theories since the day [his wife] died.” As Klausutis bashed Trump and his son, Donald Trump Jr., for spreading the “vicious lie,” he tells Dorsey “My request is simple: Please delete these tweets.”

I’m asking you to intervene in this instance because the President of the United States has taken something that does not belong him — the memory of my dead wife — and perverted it for perceived political gain. I would also ask that you consider Lori’s niece and two nephews who will eventually come across this filth in the future. They have never met their Aunt and it pains me to think they would ever have to ‘learn’ about her this way.

Klausutis also remarks that an ordinary Twitter user “would be banished from the platform” if they broke the site’s rules the way Trump does, “but I am only asking that these tweets be removed.” The emergence of Klausutis’ letter comes after Mika Brzezinski, Scarborough’s co-host and wife, said she was in talks with Dorsey about Trump’s tweets.