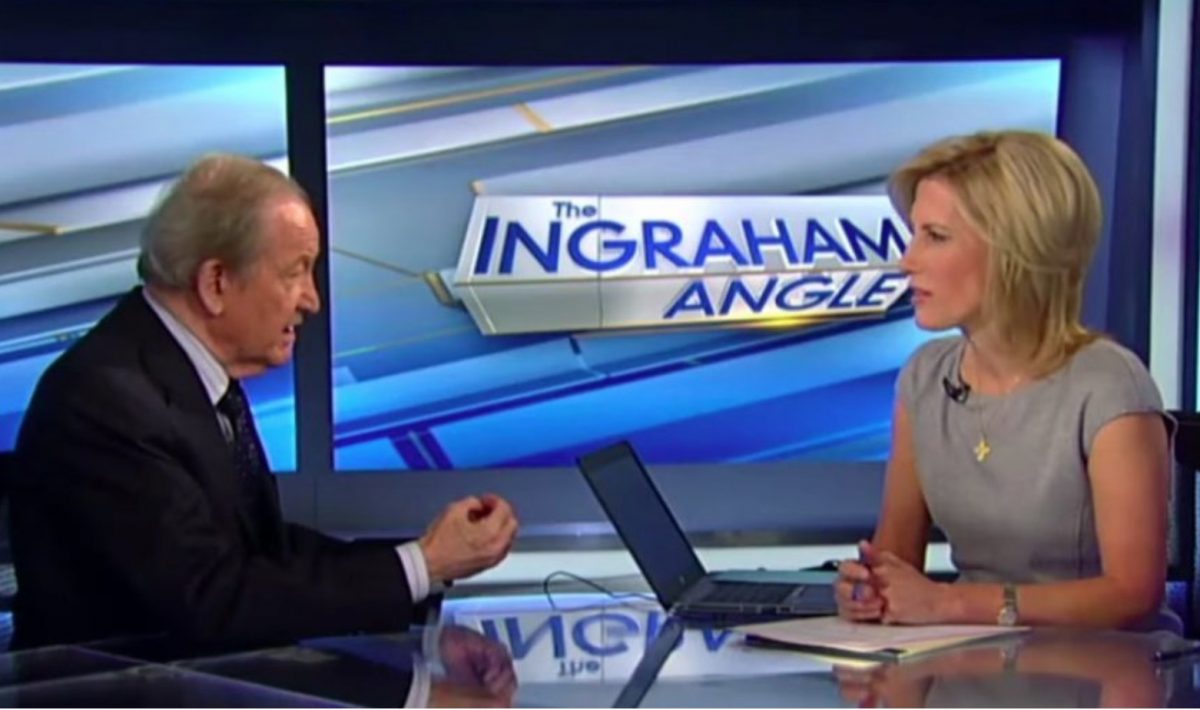 “We give 1.3 million green cards, which I think is way too many, every year in the United States,” Ingraham said. “Most Americans polled say — think it’s either — keep it the same, or lower the number.”

“90 percent of these are folks coming from what you might call the second or the third world,” Buchanan replied. “People are fundamentally, basically good, but there’s no doubt there’s a greater difficulty in assimilating people from different civilizations and cultures and ethnicities and races in the United States, than there — than other folks.”

He continued by claiming black Americans have not been integrated into U.S. society, despite being brought to America as slaves 500 years ago:

“We know this is true, African-Americans have been here since 1619. They’ve helped build and create the nation. They’re part of its culture and history, and yet we haven’t fully assimilated African-American citizens. At the same time, we’re bringing in millions and millions of people. We’re conducting an experiment, which, you know, it — to me, I’m a pessimist. I just — it’s not working, it seems to me.”

Ingraham and Buchanan’s discussion was sparked by comments made by 2020 Democratic candidate Kamala Harris, who recently called for some “border security” but condemned using the issue to keep immigrants “out for the sake of this nationalistic kind of thing this president is trying to push.”

“But Ms. Harris, what is she saying, I mean — she’s — virtually, in the first part of it, the comment she made, she’s calling for open borders,” Buchanan said. “That’s the end of countries. I mean, the world, the United States becomes a giant Mall of America.”

Ingraham then claimed Harris’s goal is to ensure “America as we know her today will be completely transformed” by Latin American immigrants.

“The Republican Party will be done [because of immigration],” she added. “So, most of Central America will have moved to the United States, and Mexico, people will just come and go, but — although, it’s easier to deport people to Mexico.”

“I don’t see how that is going to end up with more freedom, more peace, and more prosperity,” Ingraham concluded. “That’s what I’m concerned about. Forget the English language.”

Listen above, via the Laura Ingraham Show.