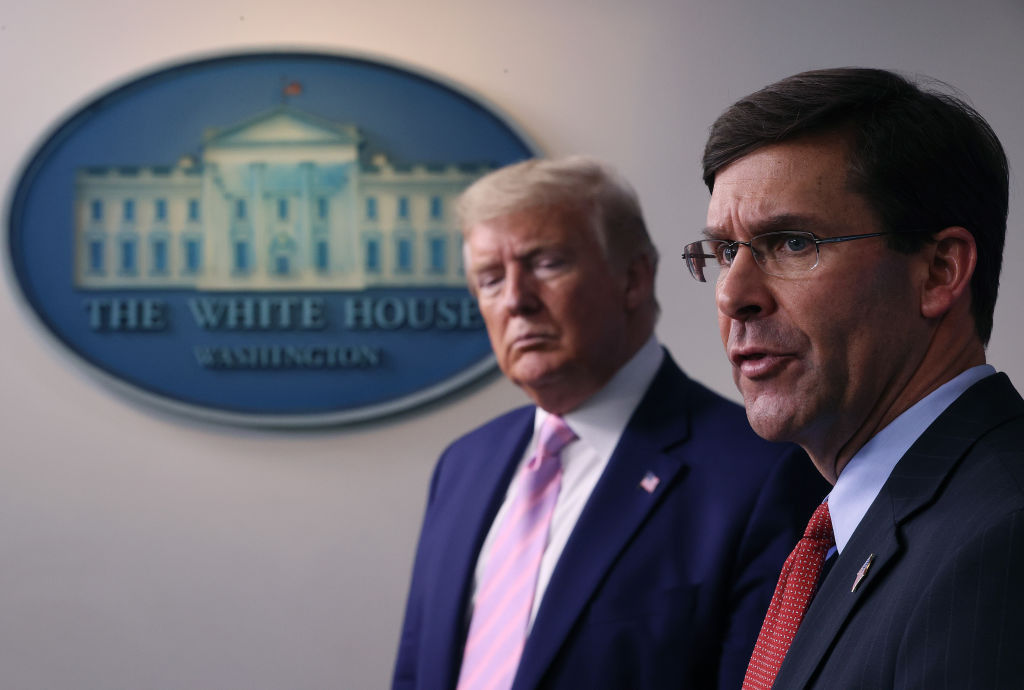 President Donald Trump said in a Monday tweet that he has fired Secretary of Defense Mark Esper.

The first in what could be a series of high profile firings expected after Joe Biden’s victory in the 2020 presidential election was foreshadowed: NBC News reported last week that Esper had prepared a letter of resignation ahead of the election.

Trump announced in his tweet that Christopher C. Miller, the Director of the National Counterterrorism Center, would be named acting Defense Secretary.

“Chris will do a GREAT job!” Trump wrote. “Mark Esper has been terminated. I would like to thank him for his service.”

…Chris will do a GREAT job! Mark Esper has been terminated. I would like to thank him for his service.

According to our story on Esper’s reported resignation letter:

Esper prepared the letter in anticipation of Trump seeking his ouster if he won reelection, three defense officials told NBC News on Thursday. Esper has clashed with Trump on a range of issues, including whether to use troops in response to widespread civil unrest over the summer, the withdrawal of troops from the Middle East, and the removal of the names of Confederate generals from military bases.

Trump appointed Esper — a former defense lobbyist and chief of staff at the conservative Heritage Foundation — to helm the department in June 2019, after Acting Secretary Patrick Shanahan resigned in the wake of negative reports about Shanahan’s family life.