Trump on Reports Jim Jordan Ignored Sexual Misconduct Allegations at OSU: ‘I Don’t Believe Them at All’

Trump on Reports Jim Jordan Ignored Sexual Misconduct Allegations at OSU: ‘I Don’t Believe Them at All’ 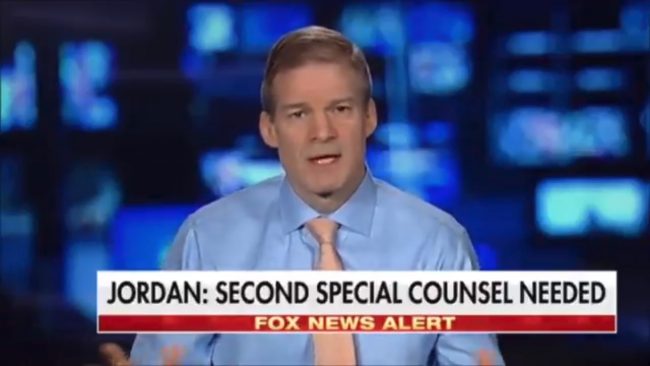 On Thursday, President Donald Trump weighed in on the reports that Rep. Jim Jordan (R-OH) ignored sexual misconduct allegations during his time at Ohio State University.

“I don’t believe them at all,” Trump told reporters aboard Air Force One Thursday evening on his way to a rally in Montana, according to the pool report. “Jim Jordan is one of the most outstanding people I’ve met since I’ve been in Washington. I believe him 100%. No question in my mind.”

Trump’s comments come at the same time as a fourth wrestler has come forward saying that he “was groped half a dozen times” by the team doctor when Jordan was the assistant wrestling coach.

The wrestler, Shawn Dailey,  also told ABC that Jordan even participated in conversations talking about the abuse at the time.

Jordan, a regular Trump defender,  has denied the allegations, telling Politico, “It’s not true. I never knew about any type of abuse. If I did, I would have done something about it. And look, if there are people who are abused, then that’s terrible and we want justice to happen.”