Trump Wails on Comey After IG Report Says He Didn’t Release Classified Info: ‘He Should Be Ashamed of Himself’ 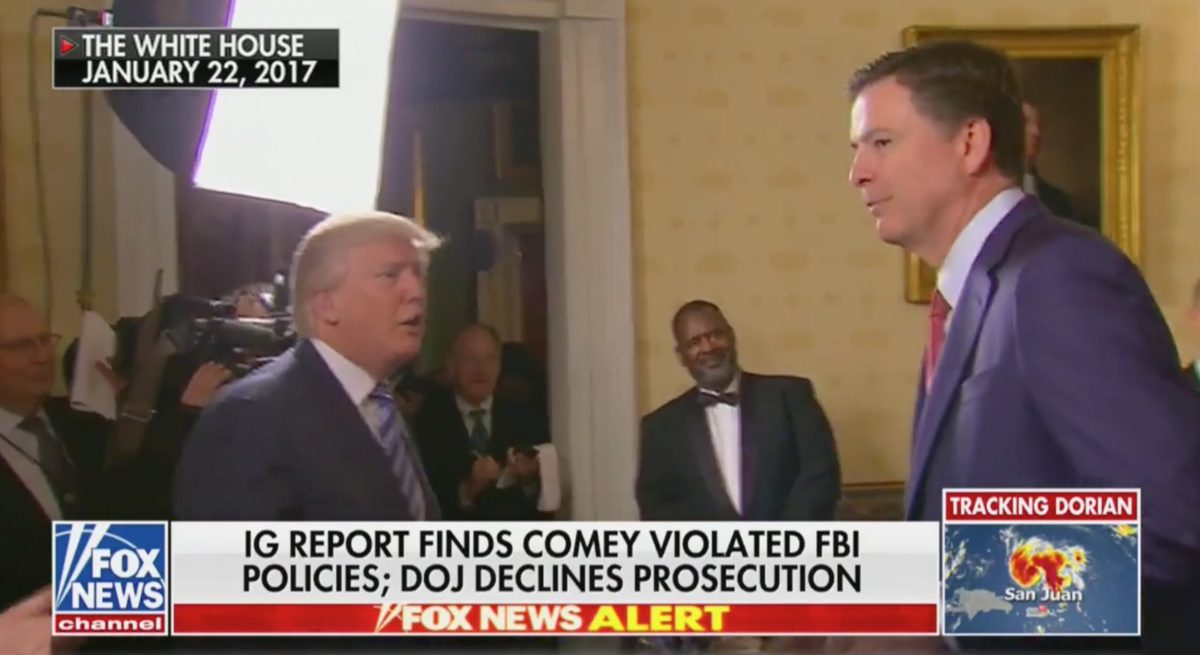 “Perhaps never in the history of our Country has someone been more thoroughly disgraced and excoriated than James Comey in the just released Inspector General’s Report,” Trump writes. “He should be ashamed of himself!”

Perhaps never in the history of our Country has someone been more thoroughly disgraced and excoriated than James Comey in the just released Inspector General’s Report. He should be ashamed of himself!

The OIG report faults Comey for mishandling sensitive materials pertaining to his meetings with Trump while he was still FBI director.

“Comey had several other lawful options available to him to advocate for the appointment of a Special Counsel, which he told us was his goal in making the disclosure,” the report says. “By not safeguarding sensitive information obtained during the course of his FBI employment, and by using it to create public pressure for official action, Comey set a dangerous example for the over 35,000 current FBI employees—and the many thousands more former FBI employees—who similarly have access to or knowledge of non-public information.”

The report also says that federal prosecutors won’t come after Comey and that it “found no evidence that Comey or his attorneys released any of the classified information contained in any of the memos to members of the media.” As such, Comey is delighted by the report’s outcome, posting celebratory tweets saying “I don’t need a public apology from those who defamed me, but a quick message with a ‘sorry we lied about you’ would be nice.”