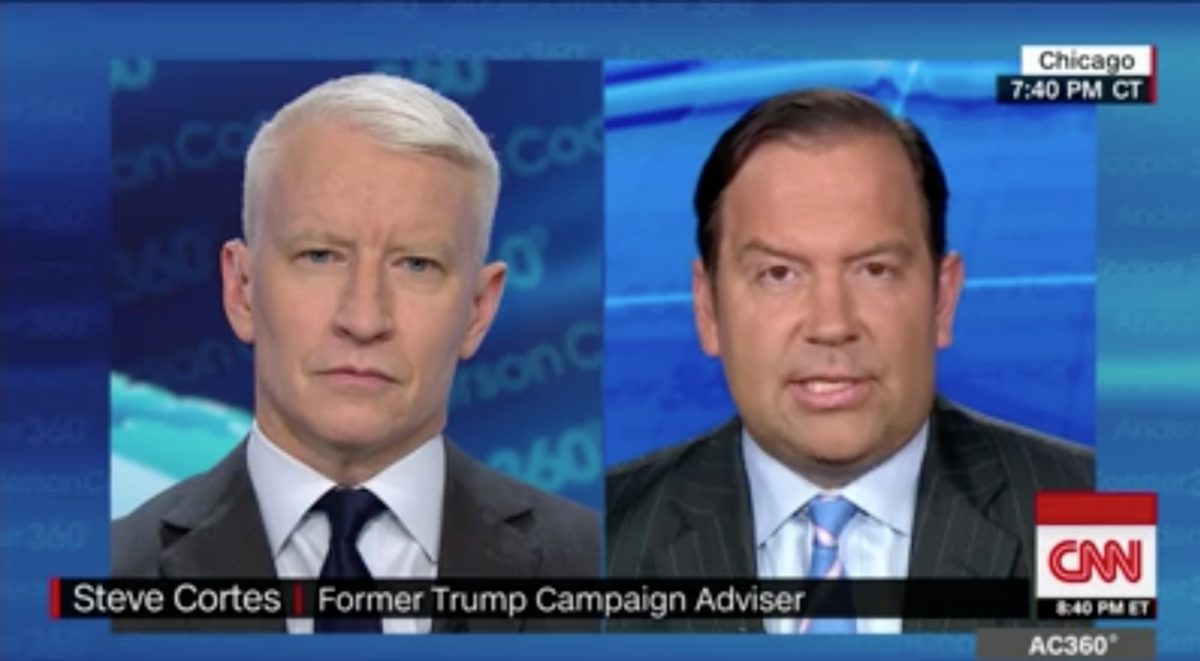 Politico Playbook reports that Cortes was contacted about the job on Thursday by acting White House Chief of Staff Mick Mulvaney’s office. Cortes — who regularly appears on CNN programs including; Anderson Cooper: 360, The Lead with Jake Tapper, and Cuomo Prime Time with Chris Cuomo — served on Trump’s Hispanic Advisory Council during the 2016 campaign and is now serving on Trump’s 2020 reelection advisory committee.

The CNN contributor has been considered for communications roles in the White House before, and was even vetted for the job of press secretary in the past.

Cortes declined to comment to Politico, and the White House did not immediately return a message from that outlet. Cortes is reportedly set to visit the White House next week.