Fox News in Last Place of TV Ratings for These Reasons

Fox News is on a Historic Run at Last Place in Cable News. Here Are the Reasons Why. 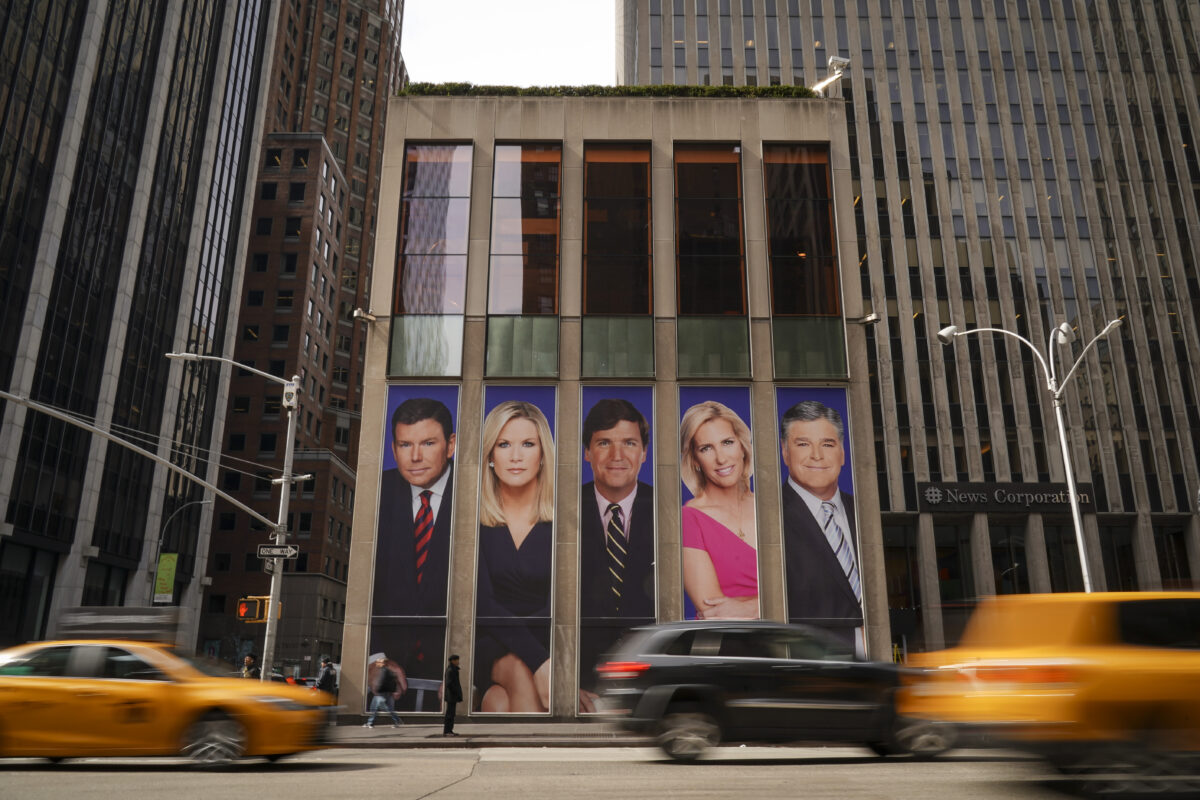 Fox News has been in last place in the cable news ratings for eight straight days.

It’s still too early to say if this represents a seismic shift in the cable news landscape, or if it is just a temporary realignment in the wake of a uniquely historic few months. But Fox News ratings are trending down at a clip not seen in literally decades.

Since the early aughts, Fox News has consistently been the most-watched, and arguably the most influential, cable news outlet — by a mile. We have become accustomed to lengthy stretches in which the total combined viewership of CNN and MSNBC was less than the number of people tuning into Fox News.

Fox has been long dismissed by many in the media biz as a network for tinfoil hat-wearing conspiracy theorists. But venture outside NYC, DC and LA, and you’ll often find it to be the default television station at doctors’ offices, country clubs, bars, and restaurants across the country. There is a large audience of moderate viewers who aren’t caught up in cable news wars and ideological battles. They just see Fox News as the most familiar channel.

But the ratings since the election — in both of the key metrics of total viewers and the age 25-54 demographic, and both in total day and prime time — have been grim for Fox News.

Every day since Jan. 4, Fox has trailed both MSNBC and CNN in total day viewers in the younger demo. While viewers spiked on all three networks during coverage of the Jan. 6 attack on the U.S. Capitol by pro-Trump supporters, Fox’s demo viewers lagged significantly behind CNN’s, although CNN’s numbers were astonishing: CNN averaged more total day demo viewers than the other two networks combined.

Under founder Roger Ailes, Fox News didn’t just create programming for a long-ignored conservative audience, the network also pioneered an infectiously entertaining brand of infotainment that blurred the lines between opinionated analysis and fact-based reporting. It was opinion-based entertainment packaged as news, and it was so successful that many shows on MSNBC and even CNN have followed the formula.

The Daily Beast just breathlessly reported that Rupert Murdoch is so concerned with the ratings plunge that he has reinserted himself into the day to day management, and that Fox News Media CEO Suzanne Scott and President & Executive Editor Jay Wallace are in the hot seat. Mediaite could not confirm that report, but it’s no surprise that there are rumblings inside a network experiencing a ratings downturn, all while some hosts are surely unhappy with the new dayside lineup. A Fox Corporation spokesperson responded to The Daily Beast’s request or comment, “Your premise is wrong. It is wishful thinking by our competitors.”

That report suggests Suzanne Scott’s job is in jeopardy because of the network’s current woes. Forgive me for being somewhat skeptical: While ratings are indeed down, the network ended 2020 with the highest ratings in cable news history. Fox is set to pull in more advertising cash than its rivals too (estimated to exceed $1 billion). You can see more reasons why she has had a great year on our Most Influential list for 2020.

But the days of Fox News’s uninterrupted dominance appear to be on leave, which neatly coincides with the final days of President Donald Trump, whose administration the vast majority of the network’s personalities fell in line behind. That’s a driver, but not the sole reason why Fox News is in the T.V. ratings doldrums. There are many, which I outline below.

1. A historic news cycle — for the competition.

Even folks at Fox News conceded privately to me that the last year’s cycle was a perfect storm of news for CNN and, to a lesser extent, MSNBC. A historic impeachment was followed by a historic pandemic. Then came a presidential election lost by their viewers’ preferred candidate. Then came an armed insurrection incited by that candidate, the law and order candidate, leading to his second impeachment. All perfect fodder for CNN and MSNBC. When Trump supporters were storming the Capitol, CNN went all in on coverage. Fox News opted to cover lesser stories, like tech censorship, in prime time. What are you going to watch? When the news is bad for Trump, Fox News tends to avoid it, and viewers tend to turn off Fox News. Who wants to continue watching their favorite team lose in a rout? Nobody.

The resignation and departure of Shepard Smith was viewed less as a business loss by many in the cable news racket and more of a spiritual one. Smith was one of the remaining old school news guys that anchored a daily show, and while his ratings were nothing to sniff at, he was a fan favorite and had earned bipartisan respect. But his leaving 1221 Ave of the Americas was a perfect metaphor for a larger programming shift at Fox News. Less and less of what was being reported originally came from Fox News news department, while the vast majority of opinion programming was focused on complaining about their competitors. A lot of the programming has become indiscernible from right-of-center aggregators like Daily Caller, The Blaze, and even Breitbart. Meanwhile, the victimized anger that fueled ratings for decades appears to have run out. Fox News continues to double down on opinion, adding another hour at 7 PM.

Tucker Carlson famously ended a segment on the deadly Capitol insurrection by reassuring viewers that the violence was not the fault of his audience. It’s their fault, he said.  Who are they in that sentence? Presumably, the rioters themselves but also the “normalized” BLM protests from the previous summer. And while we are at it, let’s throw in the billionaire class, the mainstream media overlord, and Big Tech oligarchs which he had previously blamed, only metaphorically, for stealing the election.  Carlson’s prosaic sophistry is world-class, and I have called him the most influential person on cable news. But what he says day in and day out is a far more poetic and nuanced version of the vast majority of the rest of the programming. But all of that aside, opinions are not worth anything if they end up being provably false, or later need a correction, as was the case in the Smartmatic conspiracies and “dead people voted in Georgia” mistakes that needed a correction. It’s led many t the point where no serious person thinks Fox News is a serious news network.

4. Outflanked on the fringe right by OANN and Newsmax.

Fox News was put in a serious pickle in the weeks that followed the election. President Trump started lying that the election was stolen, even though no serious person believed that to be true as there was no hard evidence of systemic voter fraud. But smaller cable outlets like OAN and Newsmax were all too happy to tell viewers that their team could still win the game. When Fox News was the first network to call Arizona for Joe Biden, a decision that was correct but early, Fox viewers abandoned the network in significant numbers. To stanch the bleeding, Fox News appears to have taken a hard turn right, and even hard news programs have increasingly reported on the analysis put forth by opinionators, as if the thoughts of Laura Ingraham were news unto themselves worth reporting. The thing is, the hard turn right appears to have backfired, as the total viewers haven’t increased as a result.

How many times can a radio listener get a thrill from Hotel California or Stairway to Heaven?  Yes, they are incredible songs that help define the term “classic rock,” but even they have diminishing returns. This is why classic rock programmers often cull their lists of songs and redefine the format by adding more recent 80s hits say from Genesis, REM, or The Police.  Similarly, how many times can someone tune into Hannity and hear complaints about private citizen Hillary Clinton, or tune into Tucker Carlson and hear about media bias, or Laura Ingraham and hear about the Russian Hoax? Just like the diminishing returns of Bob Seger’s Turn the Page, opinion programmers should do the same and pivot the coverage to a new set of issues different from what viewers have been served repeatedly for four straight years. Plainly stated, viewers are tired of being told they are the victim and that the world is unjust. And when you constantly cry that the big bad wolf of unfairness is coming to get you, you start to think maybe the wolf isn’t so bad after all.