Internal Emails Reveal Fox Tried to Book DeSantis 113 Times in 4 Months: ‘We See Him as the Future of the Party’ 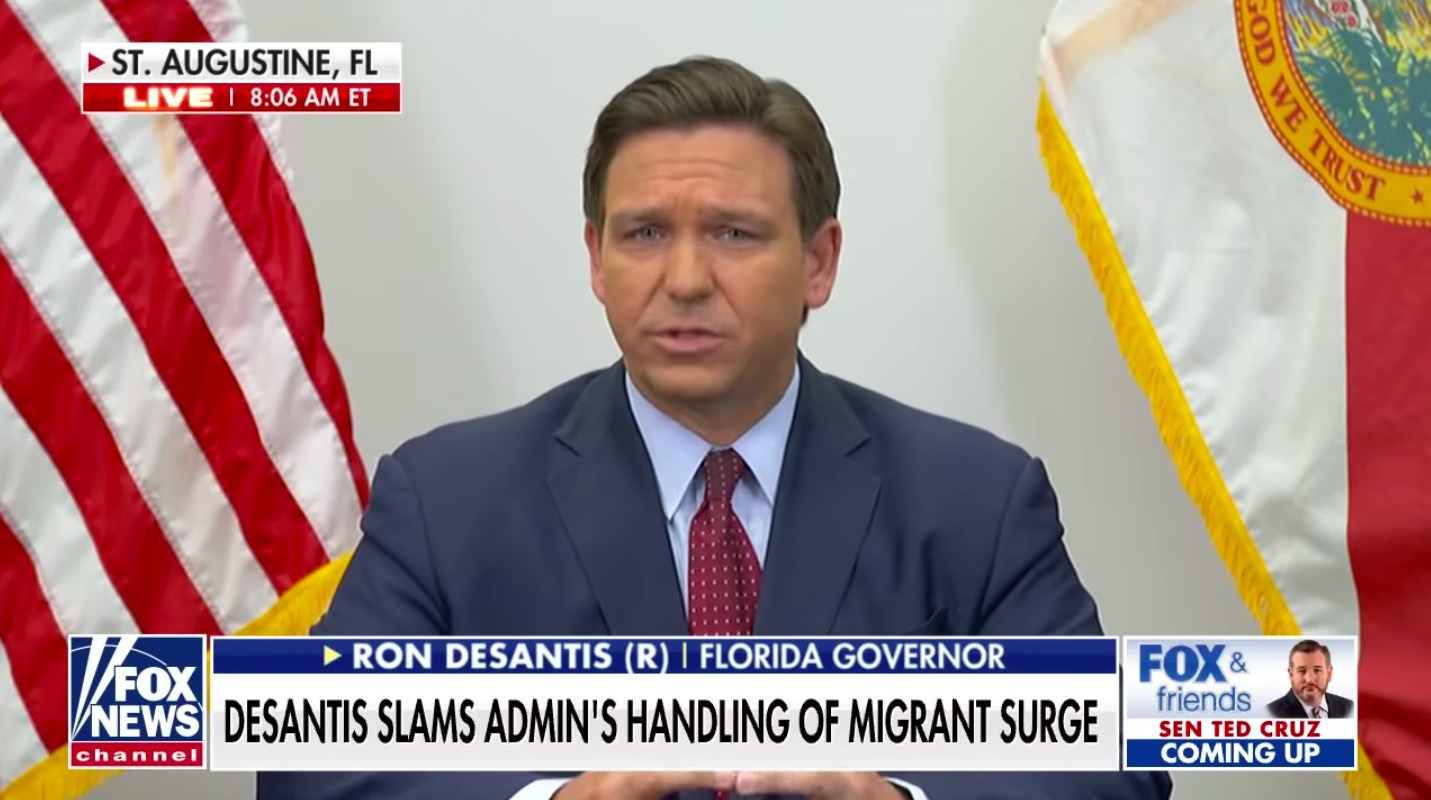 The Tampa Bay Times obtained 1,250 pages of emails between Fox News and Florida Governor Ron Desantis, which reveal the extent to which network producers worked to promote the potential 2024 presidential contender.

One staggering statistic: in less than four months, between the 2020 election and the end of February, Fox News requested that DeSantis appear 113 times. That’s almost once a day for the governor, who was recently picked by CPAC attendees as the 2024 favorite among candidates not named Donald Trump.

Also of note are the interviews that DeSantis agreed to. He has an overwhelming preference for Fox’s prime time opinion shows, according to the Times, which obtained the emails through a records request:

In the first six months of 2021, DeSantis had scheduled as many appearances with top Fox hosts Hannity (8 times), Tucker Carlson (6) and Laura Ingraham (7) as he had meetings with his lieutenant governor, Jeanette Nuñez (7), according to his public calendar.

He is less fond of the network’s daytime news programs, and dodged interviews with Fox News Sunday host Chris Wallace — who has a reputation for tough questions — as well as Special Report anchor Bret Baier:

The report also reveals how closely Fox News and the DeSantis team work together to craft interviews and “exclusive” events.

The emails, according to Times reporter Steve Contorno, “lay bare how DeSantis has wielded the country’s largest conservative megaphone and show a striking effort by Fox to inflate the Republican’s profile.”

That effort often involves a heaping dollop of flattery.

After Fox News was given exclusive access to a DeSantis event in which a World War II veteran received his Covid-19 vaccine, a Fox producer wrote to a DeSantis staffer: “I honestly think he could host the show with the chops we saw from him at the vaccine site.”

“The governor spoke wonderfully at CPAC,” another producer wrote to the DeSantis camp in March.

In response to the piece, a Fox News spokesperson said the network “works to secure interviews daily with headliners across the political spectrum which is a basic journalism practice at all news organizations.”

According to the Times, producers went so far as to frame DeSantis, who has been hyped as the next Republican president should Donald Trump remain retired, as “the future of the party”:

One producer told DeSantis’ team it was the mission of Fox’s midday host, Martha MacCallum, to “look forward and really spotlight the STARS of the GOP” and “she named Gov. DeSantis as one.”

Another put it this way in an email to Beatrice: “We see him as the future of the party.”

Another Fox producer even “offered to let DeSantis pick the subject matter if he agreed to come on,” according to Contorno.

And in January, ahead of an interview with Maria Bartiromo, the DeSantis team sent Fox News producers a graphic favorably comparing Florida’s Covid hospitalizations to New York and California. Bartiromo aired the same graphic during the interview.

In response to the Times reporting on Fox News coordinating with the DeSantis team, the network issued the following statement: “Like all news organizations, we conduct pre-interviews with guests to ensure preparedness for the segment. This is a common practice in television and is not unique to FOX News.”