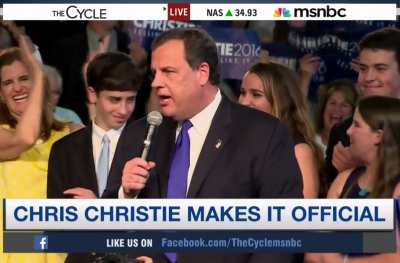 You’d think someone named Krystal Ball would be more sensitive about puns. But the MSNBC host opened The Cycle‘s coverage of Republican presidential candidate Chris Christie‘s announcement speech with a long string of painful driving puns, obviously a play on the Bridgegate scandal looming over Christie’s campaign.

“Let’s shift now to MSNBC’s Kasie Hunt for reaction to the speech,” Ball finally finished over groans from her co-host Neblett.