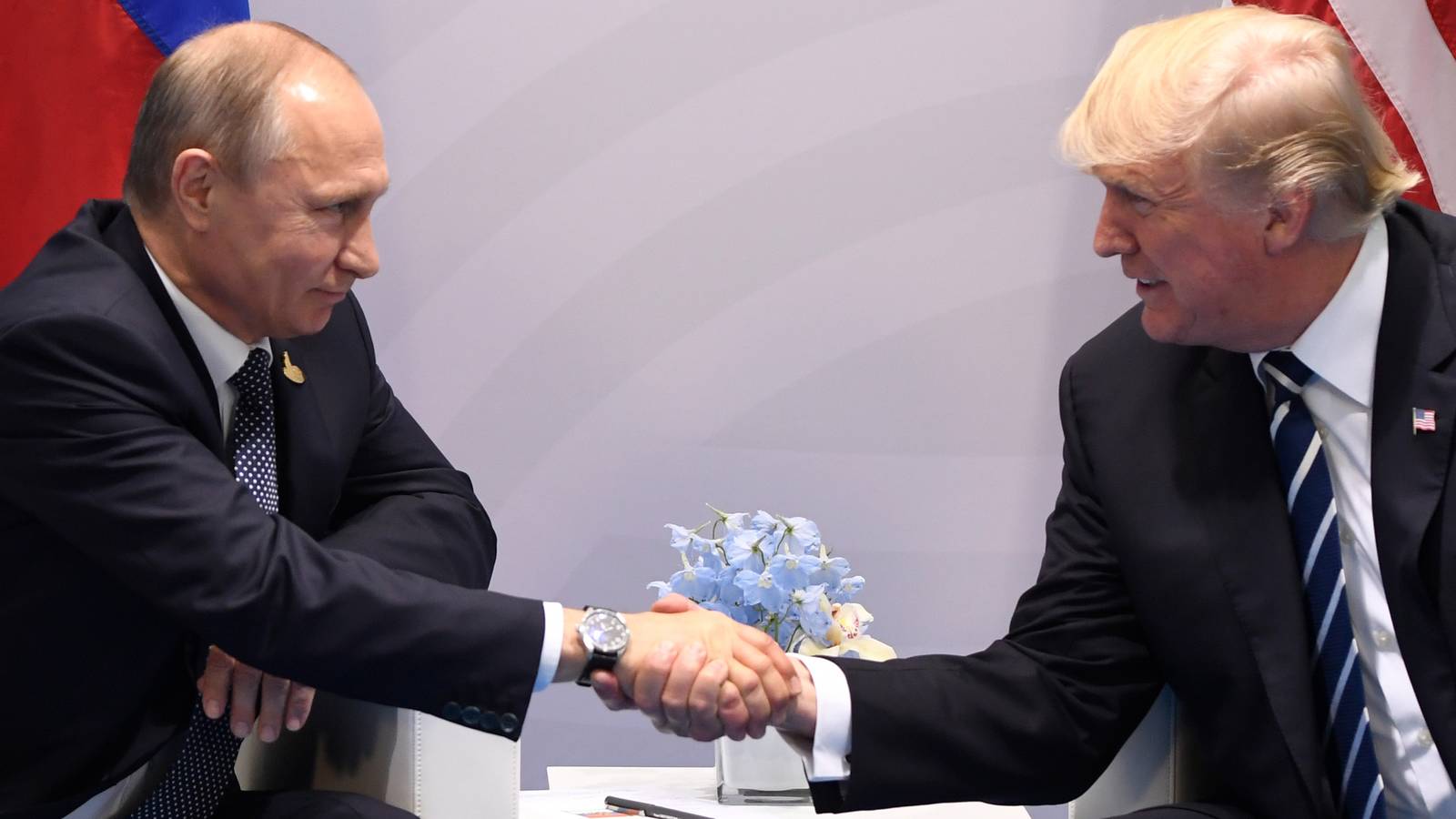 A new report suggests that Donald Trump parroted Vladimir Putin last week when he spoke to his fellow world leaders about re-admiting Russia into the G7.

Trump bemoaned Putin’s absence throughout the international gathering, which added to the contentiousness as he spoke with foreign dignitaries in Toronto. Diplomatic sources told Buzzfeed that when when Trump engaged with world leaders over dinner, he spoke of how Crimea is Russian because so many people who live there speak the language.

During the dinner, Trump also seemed to question why the G7 leaders were siding with Ukraine. The president told leaders that “Ukraine is one of the most corrupt countries in the world,” the source said.

Russia used to be part of the former G8, but they were expelled over the 2014 invasion of Ukraine and annexation of Crimea. Putin often justifies the intervention campaign by saying Russia had to protect the citizens living in the region.

Trump defended his comments in an interview last night, telling Fox New’s Bret Baier that if Putin was in Quebec, he could’ve asked him to pull Russia out of Syria and Ukraine as a “favor.” Baier reminded Trump why Russia was kicked out of the G8, though POTUS responded that Putin didn’t respect Barack Obama‘s leadership, even though the former president led the charge for Putin’s expulsion.