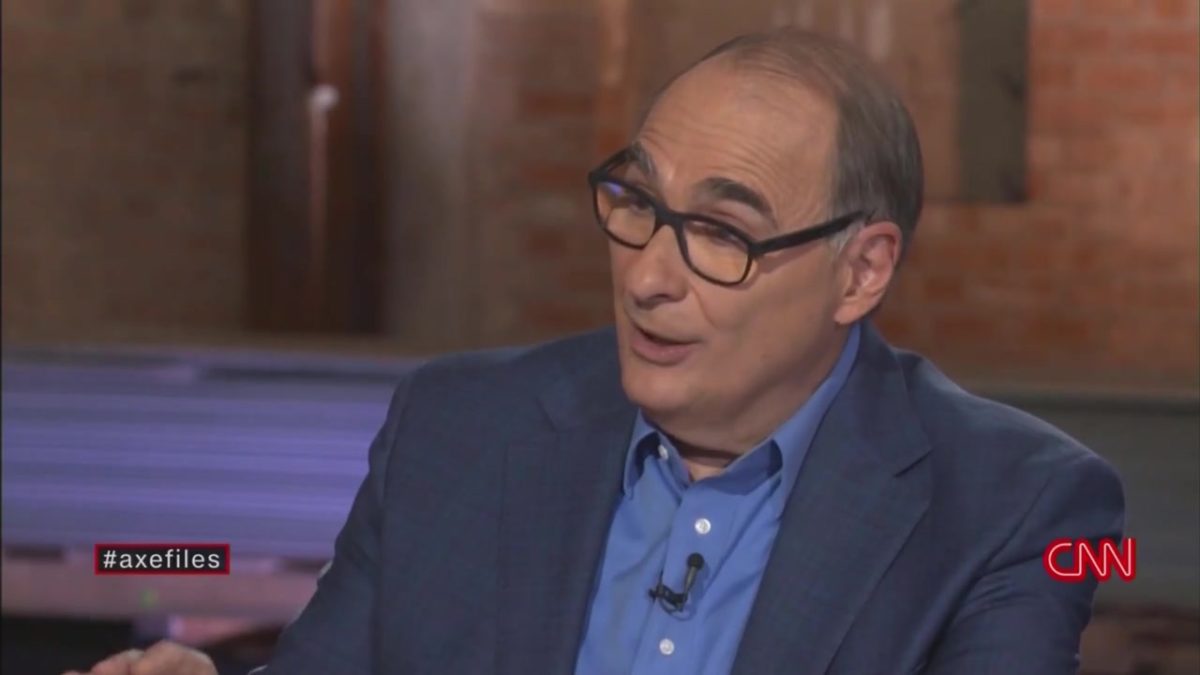 On Sunday night, Axelrod expressed regret that he answered emailed questions from Halperin for his book, saying he only “replied in a few sentences without giving enough thought.”

To those who have asked, I have known Mark Halperin as a reporter for 25 years. He emailed me three questions about the 2020 race for a book he was writing and I replied in a few sentences, without giving enough thought to how my participation would be used or interpreted.

By answering Halperin’s questions, I did not in any way mean to excuse his past, egregious behavior and, in retrospect, I regret responding at all.

“In retrospect, I regret responding at all,” Axelrod said.

Halperin, who was dropped by multiple outlets following multiple accusations of sexual harassment, is apparently attempting to stage a comeback with a new book. Politico Playbook reported this morning that Halperin apparently spoke to over 75 Democratic strategists for his book How to Beat Trump: America’s Top Political Strategists on What It Will Take.

Halperin and his publisher were called out by multiple journalists and other commentators.

CNN media reporter Oliver Darcy has also been recording answers from strategists who participated in Halperin’s book, including Donna Brazile and James Carville who both defended their participation. Brazile also defended her participation in a statement to The Daily Beast.

One of ppl who spoke to Halperin for his book is Anita Dunn. Dunn is managing director at SKDKnickerbocker which does work w/Time’s Up. Dunn didn’t respond to my calls, but an SKD spox tells me, “Anita cares about beating Donald Trump, that is the only reason she participated.”

I asked @JamesCarville what he would tell Halperin’s accusers about his participation in his book. Carville said, “I know he’s been accused by a lot of people & lost his job. The guy called me & asked me to speak to him on a topic that I obviously care about. And I spoke to him.”

I also asked @donnabrazile about her participation in Halperin’s book. She replied to my email saying, “I’m not the author. Ask Mark why he chose us.” I followed up, noting that obviously he’s the author, but that she willingly participated in the project. She didn’t reply.

Darcy also reported that ABC, CNN and NBC/MSNBC said they will not have Halperin on to promote his book.