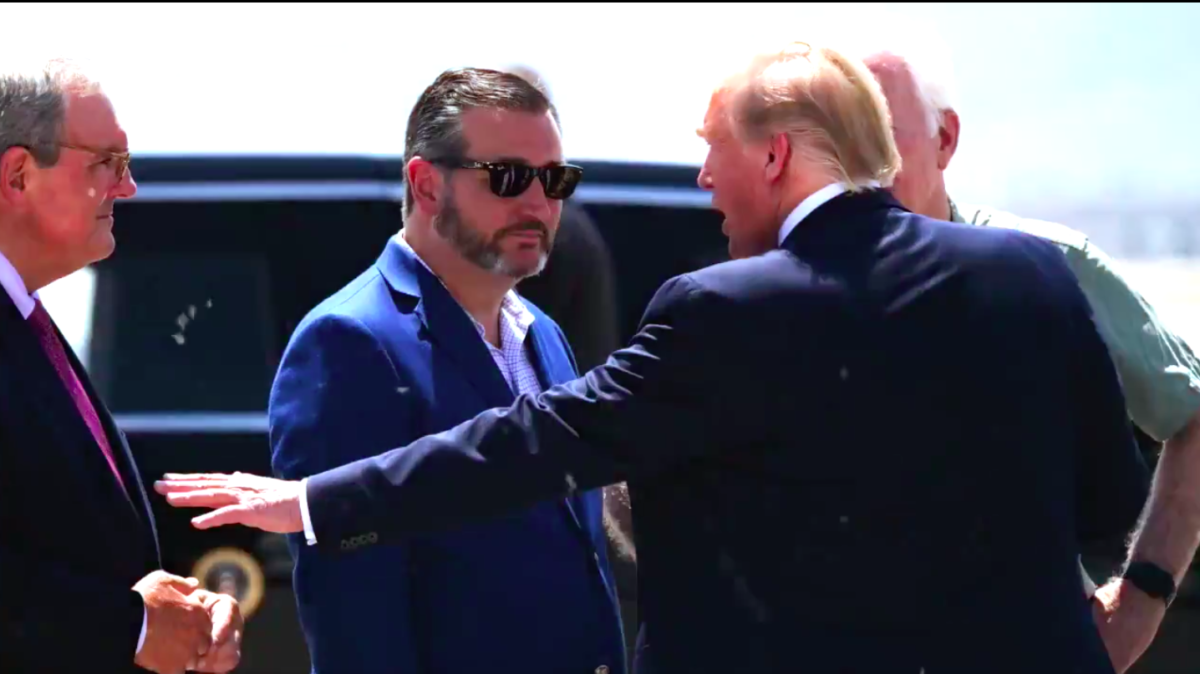 The Lincoln Project dropped a new ad on Wednesday, taking aim at not just President Donald Trump, but also a list of Republican Senators, many of whom are former clients of the group’s founders.

The ad, titled “Names,” begins with a narrator speaking with an ominous tone as photos of Trump with various Republican Senators flash on the screen, along with their names in bold, all-capital white letters.

“Some day soon, the time of Trump will pass. This circus of incompetence, corruption, and cruelty will end. When it does, the men and women in Trump’s Republican Party will come to you, telling you they can repair the damage he’s done. They’ll beg you to forget their votes to exonerate Trump from his crimes, ask you to forgive their silence, their cowardice, and their betrayals as Trump wrecked this nation. Every time they had a choice between America and Trump, they chose Trump.”

“Learn their names,” the narrator instructs. “Remember their actions. And never, ever trust them again.”

The majority of Lincoln Project videos have been focused on defeating Trump’s reelection bid. The group has released a few ads targeting vulnerable GOP Senators on the ballot this year, but this is the first ad taking aim at them as a collective group, blaming them for enabling Trump.

Rick Wilson, former Republican strategist turned author, confirmed to Mediaite in a phone call Wednesday afternoon that he and the other Lincoln Project co-founders  — George Conway, Jennifer Horn, Reed Galen, Steve Schmidt, Ron Steslow, Mike Madrid, and John Weaver — had indeed worked for a variety of Republican Senate candidates or Super PACs supporting them, in addition to various roles advising state and local GOP party organizations or serving in official party roles themselves, such as Horn, who previously chaired the New Hampshire GOP.

“All of us” have worked for the benefit of these Republican Senators, said Wilson, “and all of us were party loyalists for twenty-plus — in some cases, thirty-plus — years,” forming personal relationships with many of these candidates and their inner circles of advisers.

Schmidt and Weaver, in particular, were long-time advisers to former Arizona Sen. John McCain, and as a result had grown close to Graham, a dear friend to McCain before he passed in 2018. Graham’s criticism of Trump during the 2016 election was not as sharp as his BFF from Arizona, but he did refuse to pull the lever for his fellow Republican, instead casting a write-in vote for independent candidate Evan McMullin. In recent years, however, Graham has stood out as a prominent defender of Trump, joining him on the golf course and tweeting support for his policies.

Among Senate Republicans, only Utah Sen. Mitt Romney joined the Democrats to vote in favor of removing Trump from office during the impeachment proceedings earlier this year.

“What we said from the beginning,” explained Wilson, “if you violate your oath to support Donald Trump, you bought a ticket, so get ready to take the ride.”

After Trump leaves office, whether that might be next January or in 2025 after another four year term, he continued, “they’re all going to pretend that this never happened — ‘Donald who?’ — pretend it was never a thing. But it’s a thing.”

“This is our mission, we said it from the beginning: we’re going to defeat Trump, and Trumpism, and his enablers,” said Wilson.

Wilson mentioned a recent interview with David Kochel, a consultant for Ernst, in which Kochel referred to these Republicans as “hostages.”

“They’re shooting the hostages,” said Kochel, complaining about The Lincoln Project’s efforts, including a video targeting his client.

“He called [Joni Ernst] a hostage,” said Wilson. “No, she’s not. She’s Patty Hearst,” referring to the Hearst publishing heiress who was kidnapped by the Symbionese Liberation Army and then later joined them in bank robberies, suggesting that these Republican senators might have originally opposed Trump but now are willing participants in his schemes.

“They could say no, they could resign,” said Wilson, “but they don’t do that. Instead, they bitch and moan to reporters, mostly off the record, and then do what Trump wants.”

The “Names” ad racked up over a million views in about an hour Wednesday, with numbers continuing to grow. 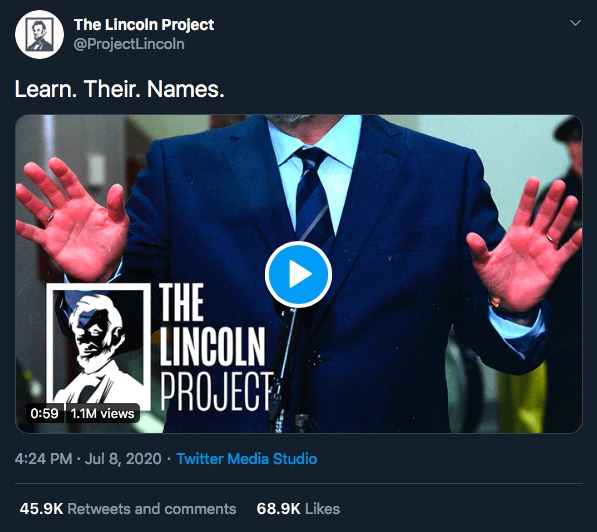 Editor’s Note: The author is a former political colleague and long-time friend of Rick Wilson.