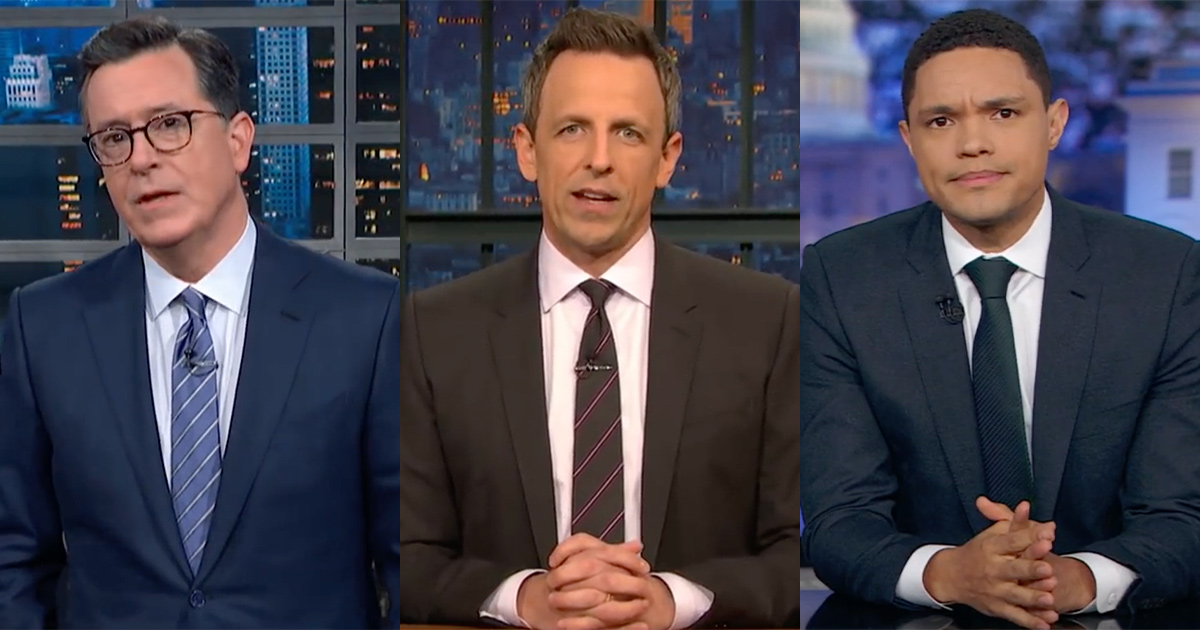 The major late night shows based in New York are proceeding without live audiences.

Concerns about coronavirus have led to a number of daytime shows taping without audiences, and now late night is doing the same.

Per the Hollywood Reporter, the following late night shows will be continuing to film without live audiences:

The report says Colbert, Fallon, Meyers, and Noah’s shows will be proceeding without audiences starting this coming Monday.

Bee’s show is reportedly proceeding tonight without an audience. Oliver’s show this coming Sunday is doing the same.

UPDATE — 5:56 pm ET: Fox News has confirmed to Mediaite that the Greg Gutfeld Show, which tapes weekly with a live audience in New York, is dropping the audience as well.