7 Days Out: Averages Narrow But Pro-Trump Rasmussen Poll Swings 3 Points Toward Biden, Biden Up 6 in Nevada 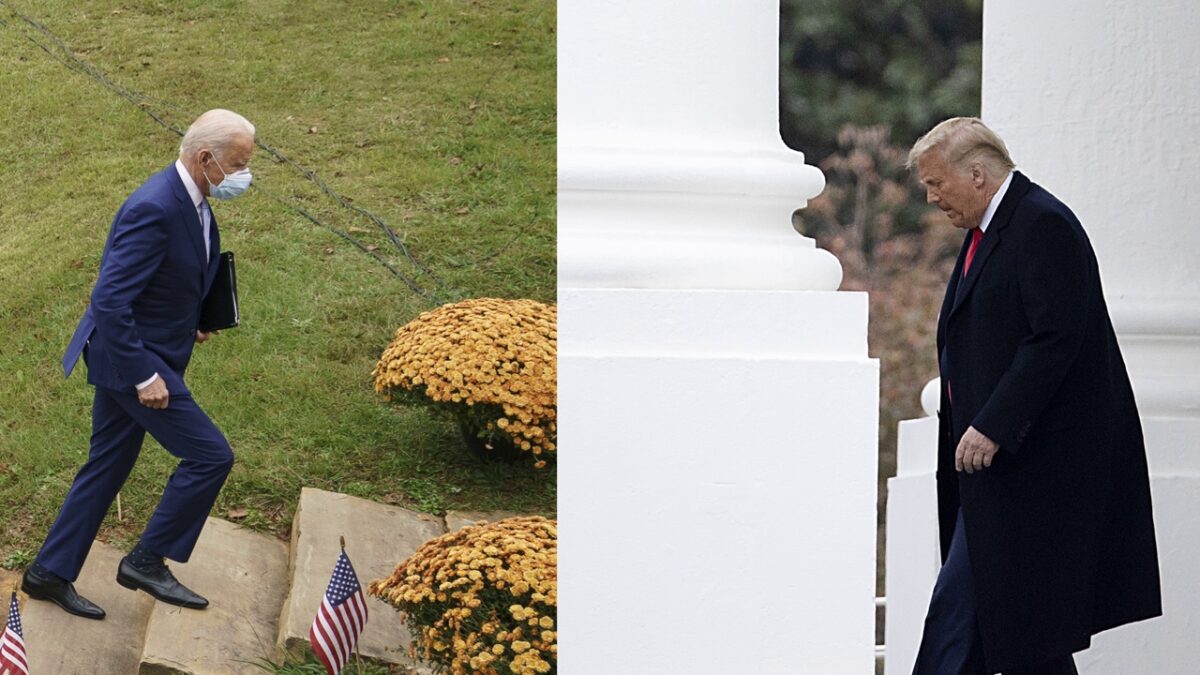 With 7 days to go until Election Day, the national averages show a slight narrowing between former Vice President Joe Biden and President Donald Trump. But Biden gained on Trump in the president’s favorite poll, and scored big in a few swing state surveys. Here’s what’s happening in the polls today:

As of this writing, the RCP average has Biden at 50.7 percent to Trump’s 43.3, a 7.4-point gap that’s a few ticks narrower than it was yesterday, and within half a point of where it was when we began doing these updates last week.

The FiveThirtyEight average similarly narrowed by three tenths of a point — and a full point closer together than last week. Even with the steady yet glacial narrowing trend, Biden remains above fifty percent in both averages.

After a cup of coffee in the lead, Trump has again dropped behind Biden in the pro-Trump Rasmussen poll, whose methodology typically produces more favorable results for the president than other polls. A three-point swing since yesterday has Biden up 49% to Trump’s 47%.

Although many post-debate polls showed Biden coming out on top, there thus far doesn’t appear to have been much of a bounce either way, as most of the polls in the current average were taken on or after the date of the debate.

Trump also gained 4 net approval points in the Rasmussen poll since Tuesday, putting him at 51 percent approval vs. 49 percent disapproval in a poll whose sampling and methodology generally favors Trump significantly.

Biden retains his lead in most of the battleground states that RCP tracks: Pennsylvania, Michigan, Wisconsin, North Carolina, and Arizona — but they now have Trump up by 4 tenths of a point in hotly-contested Florida. 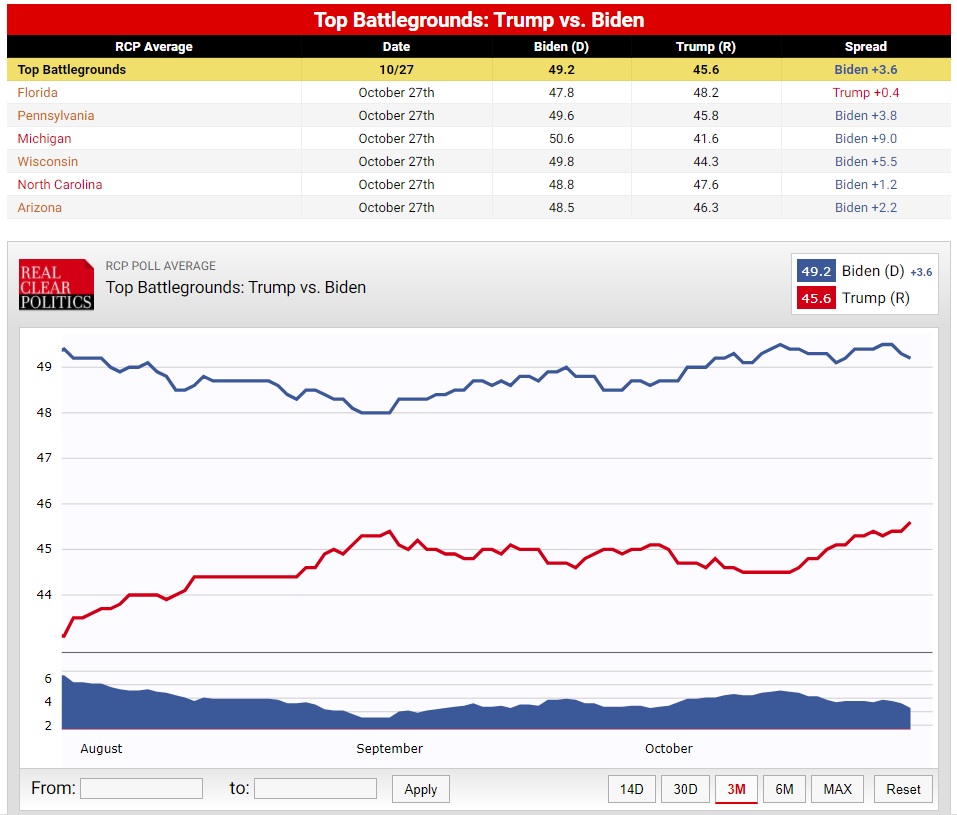 While 538 still shows Biden leading by two in their Florida average, they also show a slight narrowing of 3/10 since yesterday. Florida’s going to be close.

Biden got good news out of Nevada Tuesday, as a pair of polls — one of them the final NYT/Siena poll of the election — show Biden winning by six and nine points, in a state where Trump is holding a rally today.

Biden is campaigning in Georgia, where the averages disagree slightly. RCP has Trump up by .4, while 538 has Biden in the lead in Georgia by 1.2 points. But the most recent poll from the Peach State has Biden leading Trump 51 percent to 46 percent.

And while NBC News moved Texas toward Biden into the “tossup” category Tuesday, both averages still have Trump up by between 1 and 3 points in the Lone Star state. But billionaire Mike Bloomberg is throwing a pile of money that way to see if he can move the needle in a week.

RCP’s forecast now shows Democrats with a shot at 54 seats, while FiveThirtyEight has them with a chance at landing on a 55-45 majority — unchanged since our last update.