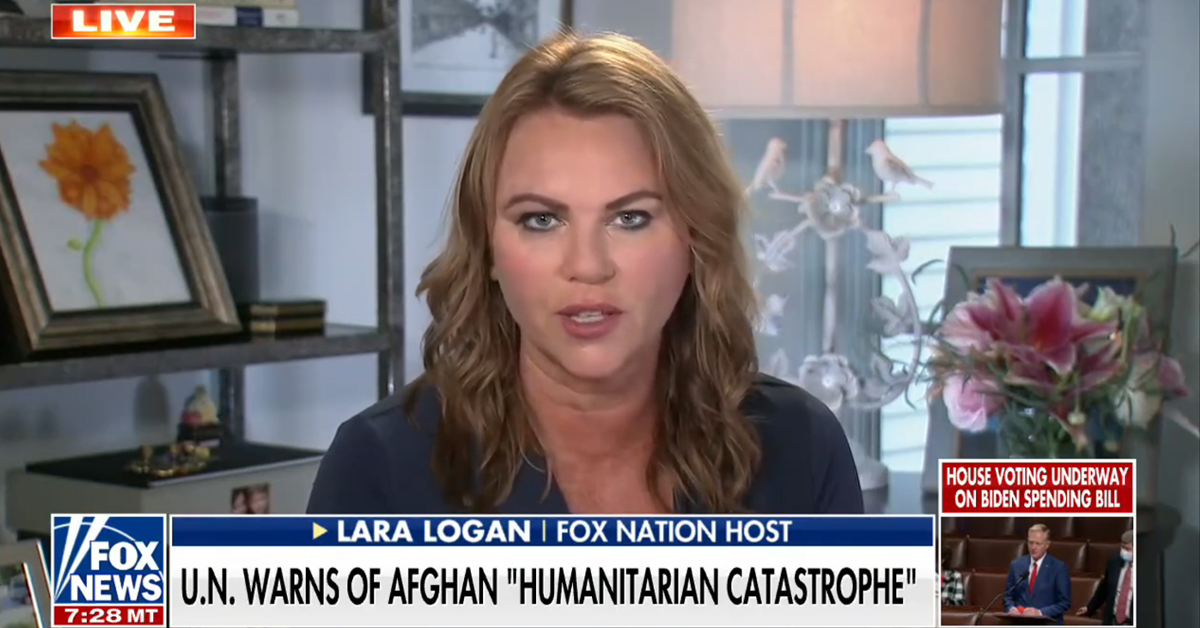 Following her comments about Dr. Anthony Fauci during a Fox News appearance on Monday, Lara Logan has been noticeably absent from the airwaves this week, having made zero appearances since.

“Has Lara Logan been quietly benched by Fox News? All indications are yes,” CNN’s Oliver Darcy pointed out in the Reliable Sources newsletter. “Fox isn’t commenting on the matter, but prior to that Monday appearance, Logan was a mainstay on the network. Now she has disappeared.”

Darcy may have a point. Looking into some immediately prior appearances, we found that for the week of November 21 to 27, Logan was on that Sunday on Fox & Friends, and that Friday on The Faulkner Focus. That week the network also aired the Fox Nation “Patriot Awards” show, where Logan was a presenter.

The previous week, Logan was on with Trey Gowdy, Sean Hannity, Fox & Friends, Fox News Primetime, The Five, and America’s Newsroom with Bill Hemmer and Dana Perino, where she spoke with Sandra Smith about terror and promoted her special on Fox Nation. So she regularly appears both on the network’s opinion shows and the dayside news programs.

While Lara Logan is neither a contributor nor host on Fox News Channel, like many Fox Nation personalities she is on the network a lot. Or rather, she usually is. She wasn’t in the days following the Mengele comments.

One week isn’t enough to establish a pattern, but Darcy is not wrong that her absence since Monday was conspicuous.

Darcy added that “a hush-hush period in the penalty box is not sufficient” and that Fox News should issue a statement, however the network has not done so at this time.