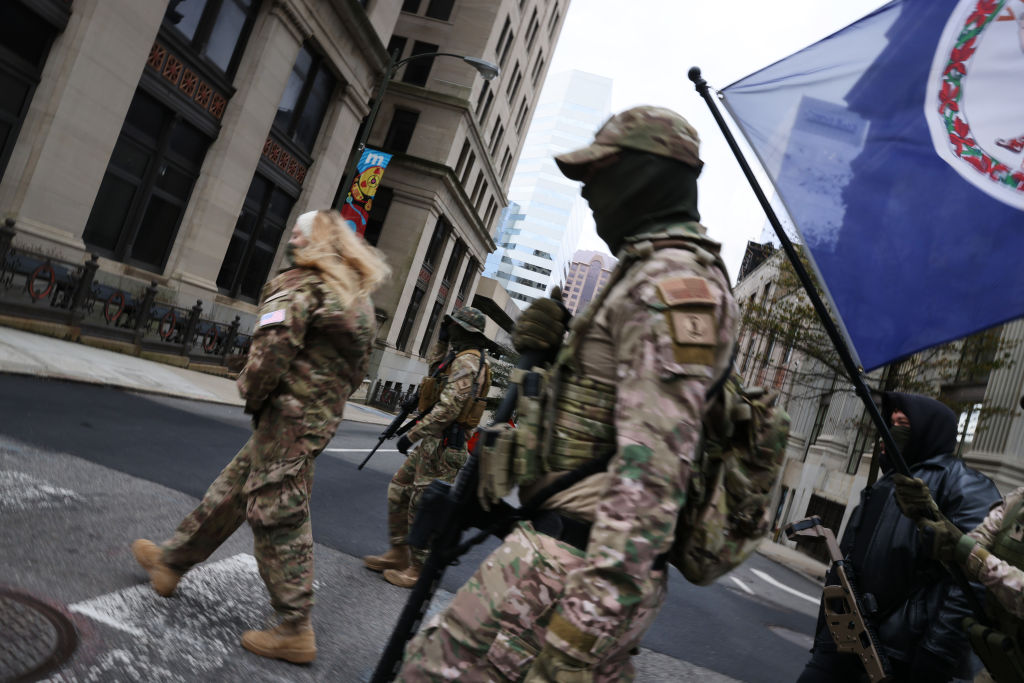 An FBI intelligence briefing sent out on Monday warned that far-right, QAnon extremists have plotted infiltrating the massive military lockdown in Washington, D.C. by posing as National Guard soldiers.

According to a new report by the Washington Post, both “lone wolves” and believers in the QAnon conspiracy, including some who participated in storming the Capitol nearly two weeks ago, had discussed returning for President-elect Joe Biden’s inauguration this Wednesday. This disturbing news comes after an earlier report on Monday that the FBI is attempting to vet all 25,000 National Guard troops deployed to DC to safeguard the presidential transfer of power.

The FBI also said it had observed people downloading and sharing maps of sensitive locations in Washington and discussing how those facilities could be used to interfere in security during the inauguration.

But the intelligence briefing did not identify any specific plots to attack the inaugural events that would be akin to the Jan. 6 siege on the Capitol and noted that “numerous” militia and extremist groups are publicly denouncing any violence targeted at the transition of presidential power.

The agency cited “suspicious traffic” and an “extensive amount of concerning online chatter” as the basis for its warning to law enforcement officials. At least one Congressman has expressed his fears that some Trump-voting “white males” in the Guard could be sympathetic to the president’s election fraud conspiracy claims and tempted to “do something.”

The Post also explained that it was withholding some specifics in the report “at the request of the FBI to avoid revealing intelligence-gathering methods or specific security vulnerabilities.”