Trump Fans Who Attacked Romney and Graham on No-Fly List

JUST IN: Trump Fans Who Harassed Mitt Romney and Lindsey Graham Put On a No-Fly List 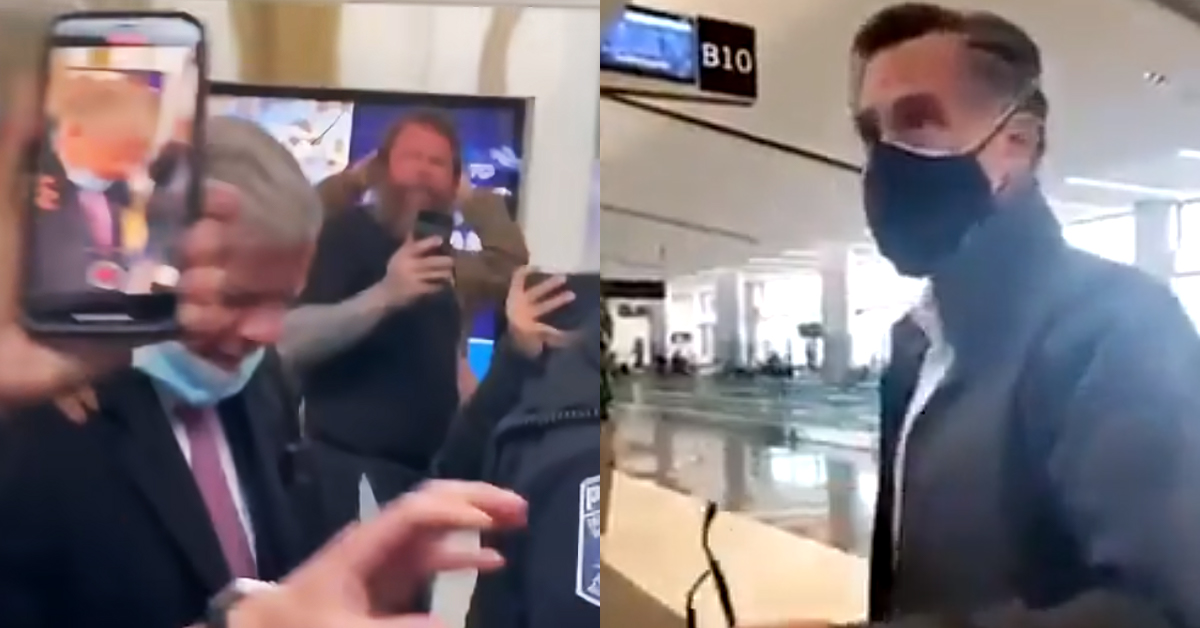 In the Before Time that was last Tuesday, Romney was accosted at an airport by a persistent Trump fan who lambasted him while filming the incident, and was greeted on the plane by a crowd of Trump fans chanting “Traitor!”

Romney was targeted because of his expressed intent to allow the pro forma certification of President-elect Joe Biden’s Electoral College victory.

Two days after that formality was interrupted by Trump insurrectionists who engaged in deadly violence at the Capitol, Graham was mobbed by Trump supporters, chanting “Traitor!” as well.

At the tail end of an interview with Reuters, Delta Air Lines CEO Ed Bastian said that passengers involved in those incidents have been banned from flying with the airline:

The incidents also prompted increased security for members of Congress.

For Graham’s part, he has since come out against the impeachment of Trump for inciting the insurrection, calling on Biden to put a stop to the effort to remove the president.