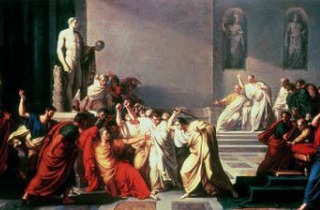 A great tragedy is unfolding within Democratic ranks. The party and their leader, President Barack Obama, are scrambling to mitigate the damage the Affordable Care Act is doing to the Democratic brand. In their rush, they are striking glancing blows against a law which is already teetering on its unsound foundations. In a Euripidean twist, it is Democrats, not Republicans, who are meting out potentially fatal blows to the project which had once represented their greatest hopes.

Passed along party lines by appealing to methods unbecoming of the democratic process, the president secured his signature achievement in 2010. It was all downhill from there. A scandalous number of waivers, carve-outs and bailouts later, the ACA went into effect in October amid the self-flagellating protests of Republicans. Defeated at last, the law’s opponents stepped aside. Without a distraction, the press and the public focused on the effects of the law itself. What they saw was grotesque.

As the waves of policy cancellations continued, liberals and Democratic partisans atonally cheered the development. True to form, they celebrated the dismantling of the individual insurance market. The “incorrect promise,” in the parlance of the New York Times editorial board, that the president had made the nation was a necessary fiction and, they told themselves, a forgivable one. It was required in order to sell a skittish public, married to the quaint idea that they could determine what was best for them and their families, on a program that would rob them of this injurious autonomy.

In spite of their celebrations, the clamorous public never quieted. The scale of the political catastrophe became apparent in poll after poll. Young voters told Quinnipiac pollsters that they trust congressional Republicans over President Obama on who would best handle health care by 5 points. 52 percent of voters viewed Obama as untrustworthy. A majority of Americans told Fox News pollsters they believe the president intentionally misled the public.

Alarm evolved into panic. Nervous Democrats began to craft plans that would reverse the politically disastrous effects of the ACA’s implementation. Stalwart Democrats in the Senate like Sens. Mary Landrieu (D-LA) and Mark Udall (D-CO) crafted plans that would, in varying degrees, undermine the financial stability of the law by allowing those who lost their plans to regain them even though they knew that the long-term consequences of these “fixes” could do irreversible damage to the ACA.

Because the individual market now largely excludes the sick (through rules such as denying coverage for preexisting conditions), the relatively modest number of Americans who use it tend to be healthy. If they are allowed to remain outside the new system, the more comprehensive policies sold on the exchanges could tilt too heavily toward the old and sick. And that, notes Jonathan Gruber, a Massachusetts Institute of Technology economist, “would generate a huge [premium] rate shock in 2015” that could further discourage the healthy from enrolling and risk a fatal downward spiral.

Democrats are fully aware of how their “fixes” are potentially fatal for the most expansive liberal reform in generations. They do not care. The political threat is that grave. Initially, they warned the president that he must do something to stop the bleeding. After President Bill Clinton admonished the president for failing to honor his “commitment” to voters, Democrats stopped asking.

Members of the president’s party in Congress begged Obama, like Brutus, to strike a blow against his signature legacy achievement. In doing so, Obama’s strike against the ACA would legitimize those of his allies. On Thursday, Obama did just that. The president urged, though did not mandate, insurers to reinstate cancelled plans and create two markets. In the process, he sought to alienate an old ally, the insurance industry, in order to create a foil at which Americans could direct their anxiety.

“The insurance industry is furious,” wrote the Washington Post’s Ezra Klein. “They’ve been working with the White House to get HealthCare.Gov up and running and they’ve been devoting countless man hours to dealing with the problems and they’ve been taking the heat from their customers over canceled plans, and now the Obama administration wants to make them into a scapegoat.”

Some insurers will play the heavy in this production, but not all. Some state insurance commissioners simply refused to comply with the president’s request. Most, it is a safe bet, will include in the letters they are required to send to those with insurance policies that do not meet ACA requirements a paragraph or two informing them that they can lay the blame for their recent hardship squarely at the foot of the president.

The public’s anxiety will not abate. Obama will not escape blame, and his party’s representatives in Congress fighting for their careers will continue to call new strikes against a law responsible for a wholly unnecessary crisis, the explosion of newly uninsured.

This is a tale of misfortune and woe so Shakespearean that only history’s greatest bards could have ever dreamed it. So many liberals sacrificed so much to bring this creation to life. As it has become clear that their creation is a monster, they are struggling against the increasingly inescapable realization that they may have to kill it in order to save themselves, and their party, from an age in the wilderness.