Fox’s Van Susteren: Attacks on Clinton Over Her Health Are ‘Outrageous’

Fox’s Van Susteren: Attacks on Clinton Over Her Health Are ‘Outrageous’ 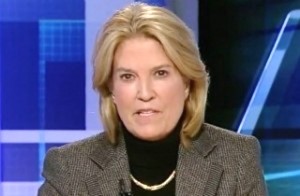 Kelli Ward, who’s challenging McCain for his Senate seat, is a physician who said on TV she has no problem armchair diagnosing McCain because “I see the physiological changes that happen in normal patients again and again and again over the last 20, 25 years, so I do know what happens to the body and the mind at the end of life.”

Van Susteren took to her Gretawire blog today to express her outrage, and take particular note of the aside at the end:

I am saying, “grow up” and be responsible! This is dirty and desperate. (I am not telling people how to vote – but check this out (and by the way, it is outrageous that people who are not doctors and have never examined Hillary Clinton are doing the same to her)

Now, that last bit criticizing people for armchair diagnoses of Hillary Clinton is worth noting, because a lot of that has spread throughout Van Susteren’s own network.

Karl Rove fueled it on The Kelly File this week, Fox’s own Medical A-Team has publicly speculated about her health situation, and Sean Hannity has been forceful in going after Clinton over potential health problems (borne of conspiracy theories).

Hell, Fox’s own media-centric show, MediaBuzz, covered it this week, and panelists said it’s “irresponsible” for anyone to be pushing this nonsense.