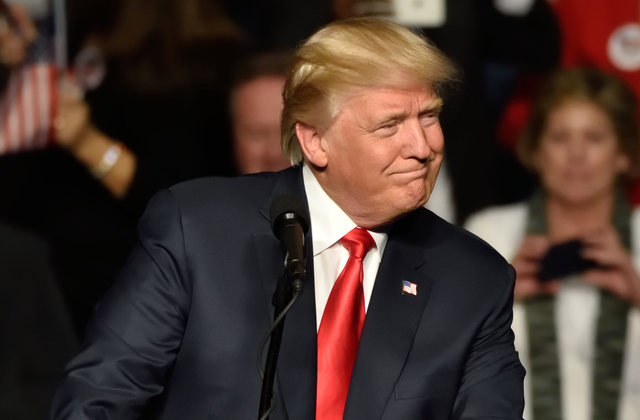 On Friday, Gallup released the results of a new poll about perception of President Donald Trump, and the United States in general, in the rest of the world. While more Americans believe that the country is seen unfavorably than they have in the last 10 years, the number that jumps out most is how they think Trump is seen. Just 29% of Americans believe other world leaders respect Trump, while 67% believe that said leaders “don’t have much respect” for him.

Results for this Gallup poll are based on telephone interviews conducted Feb. 1-5, 2017, with a random sample of 1,035 adults, aged 18 and older, living in all 50 U.S. states and the District of Columbia. For results based on the total sample of national adults, the margin of sampling error is ±4 percentage points at the 95% confidence level. All reported margins of sampling error include computed design effects for weighting.

The results are almost the complete opposite from where respondents thought Barack Obama stood in a poll conducted at the same point a few weeks into his first term in 2009. In that Gallup poll, 67% (the same percentage that thinks Trump isn’t respected now) thought he was respected by world leaders, with just 20% believing that they “don’t have much respect” for him. In 2001, George W. Bush, just a few weeks removed from an inaugural parade where his limousine was egged, did much better than Trump, with 49% of respondents feeling he’s respected, though 38% thought other leaders “don’t have much respect” for him.

Trump’s perceived “respect” level a sharp drop even compared to responses about Obama one year ago. when the outgoing president was seen as “respected” by 45% of those polled. In perhaps the most stark comparison, the percentage of Republicans who think Trump is respected (60%) is lower than the percentage of Democrats (79%) who thought that Obama was respected last year.