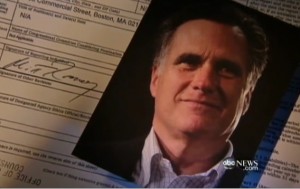 Today is a big news day in Republican presidential politics. With the South Carolina primary just days away, former Massachusetts Gov. Mitt Romney, still reeling from attacks on his record at Bain Capital, negative buzz surrounding his yet-to-be-revealed tax returns, now has to deal with an ABC News Nightline report on his financial holdings in the Cayman Islands, a notorious tax haven.

RELATED: Mitt Romney Cops To Tax Rate ‘Closer To 15%’ And ‘Not Very Much’ From Speaking Fees

According to ABC News’ Brian Ross, Romney holds up to $8 million in investments in the Cayman Islands, and while Romney’s campaign says he derived no tax advantage from those investments (likely a true statement, since Romney’s tax returns will tell the tale soon enough), the funds he invests in help other investors avoid paying US taxes:

Romney campaign officials and those at Bain Capital tell ABC News that the purpose of setting up those accounts in the Cayman Islands is to help attract money from foreign investors, and that the accounts provide no tax advantage to American investors like Romney. Romney, the campaign said, has paid all U.S. taxes on income derived from those investments.

“The tax consequences to the Romneys are the very same whether the fund is domiciled here or another country,” a campaign official said in response to questions. “Gov. and Mrs. Romney have money invested in funds that the trustee has determined to be attractive investment opportunities, and those funds are domiciled wherever the fund sponsors happen to organize the funds.”

…Tax experts agree that Romney remains subject to American taxes. But they say the offshore accounts have provided him — and Bain — with other potential financial benefits, such as higher management fees and greater foreign interest, all at the expense of the U.S. Treasury. Rebecca J. Wilkins, a tax policy expert with Citizens for Tax Justice, said the federal government loses an estimated $100 billion a year because of tax havens.

This revelation plays right into the anti-Romney narrative that he’s an out-of-touch zillionaire who cares less about American jobs than he does about adding to his own wealth, and unless this is just the tip of some much larger iceberg, he would be well-served to get those tax returns out now. The trickling out of stories like this will be the death of a thousand cuts for Romney’s candidacy.

The Cayman story is just part of a wave of terrible news for the Romney campaign today. The announcement that Romney actually lost the Iowa Caucuses is probably too late to help Rick Santorum all that much, but it drastically undercuts Romney’s electability/inevitability argument. Rick Perry‘s exit from the race, and anticipated endorsement of Newt Gingrich, is also a major blow to Romney’s lead in South Carolina.

The only hopeful sign for Romney is the promise of that bombshell Marianne Gingrich interview, which could damage Romney’s chief rival going into the primary. You can bet his campaign will be tuned in, fingers crossed.