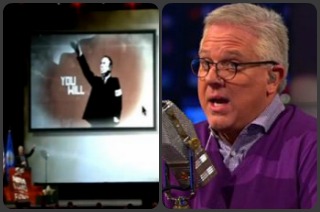 Conservative radio host Glenn Beck demanded that “the mainstream media” apologize to him on Tuesday after reports claimed that he depicted New York City Mayor Mike Bloomberg delivering a Nazi salute in his address to the National Rifle Association. Beck and his hosts savaged the media for incorrectly claiming that Beck had lifted the theme form Nazi imagery when it was, in fact, Soviet propaganda art. He added that it’s “weird” that the media does not seem to be outraged by the reproduction of communist iconography from the 20th Century in spite of the murderous history of Soviet-style regimes.

ABC News reported that Beck “aroused criticism by a major Jewish group for depicting the mayor giving a Nazi salute.” Anti-Defamation League director Abraham Foxman said that Beck was “implying through an image of Mayor Bloomberg in an apparent Hitlerian salute is that the mayor’s policies on gun ownership and other issues are turning New York city into a Nazi-like state.”

“I would like to call for an apology now by the mainstream media, particularly ABC News, for smearing my name and saying that I am making Bloomberg look like a Nazi,” Beck said on his Tuesday radio program. 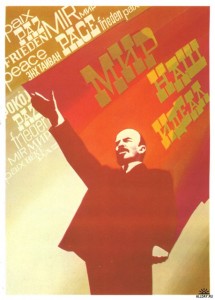 “Nobody is actually really upset,” Beck added. “ABC has just exposed themselves as reading Media Matters.” Becks said that only the liberal media watchdog group had picked up on that story prior to ABC’s report.

Beck and his co-hosts determined that the imagery they were attempting to invoke was early 20th Century socialist iconography of Soviet origin.

Watch the video below via The Blaze TV: