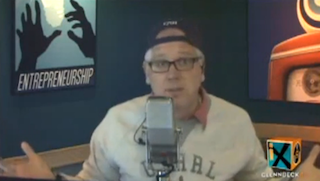 Yesterday, Mike Huckabee released an attack on Glenn Beck, attacking the host for his “conspiracy theories” after Beck called him a “progressive.” Shortly after, The Blaze wrote up the incident and argued that Beck had begun the conversation by praising the man and that websites like Media Matters were looking for a fight where there was none. We assumed that this would be the end of it, a sign that The Blaze’s founder (Mr. Beck, himself) wasn’t in the mood for a conservative-on-conservative fight. Looks like we were wrong. Today on the radio, Beck responded to Huckabee, explaining what he thought were Huckabee’s progressive ideas as well launching an even worse insult: accusing Huckabee of “co-opting” George Soros talking points. Burn.

(UPDATE: The above paragraph was slightly altered to clarify The Blaze’s position)

Throughout the message, posted on Beck’s official site under the title “Mike Huckabee picks an unnecessary fight with Glenn… loses badly”, Beck repeatedly stated that he had no problem with Huckabee the man and that this was merely a policy issue. However, he hit those policies hard. He went down the list beat by beat, pointing out every idea Huckabee has that might go against the Reagan faithful: tax hikes, scholarships for the children of illegal aliens, and, of course, the one that started it all, his support for Michelle Obama’s childhood obesity initiatives.

However, Beck seemed most riled up when he moved away from those all important policy issues and back to Huckabee’s statement. Beck clearly felt his words had been misrepresented, particularly in Huckabee’s assertion that he had “taken to his radio show to attack me as a Progressive, which he has said is the same as a ‘cancer’ and a ‘Nazi.’”

“’First of all, Mr. Huckabee, I did not realize that I had called all progressives Nazis. That is weird. I have said Nazis have used progressive tactics. You should read Bernays. If you don’t believe me, read Goebbels,’ Glenn explained.

‘The only place that I’ve ever heard that kind of a smear is on George Soros’ website, Media Matters. Interesting how you would go to Media Matters’ talking points when you feel like it would benefit you, Mr. Huckabee. I’ve never said progressive is the same as Nazi. So, let’s not try to twist this into me accusing you of killing millions of Jews.’

‘I compared Mike Huckabee progressivism to John McCain. Now, while I want a huge fan of Mr. McCain, I wound up voting for the guy. So, I clearly don’t consider progressives Nazis, unless you’re taking the talking points from MSNBC, where anyone who has my point of view is a Nazi,’ he continued.”

Yesterday, The Blaze admonished everyone (perhaps rightfully so) for egging on this supposed “fight.” Therefore, I’m going to carefully say that this is shaping up to be a fairly entertaining “tiff.”