In This Hold-Your-Nose Election, Hillary Owns That Key Variable To Help Trump Trump 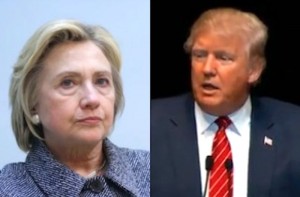 A dead heat in the RCP average of major polls…

What many thought would be a lopsided victory for Hillary in the general election (because as we saw in 2008 and again witnessing this year, nobody knows how to swiftly squash an underdog quite like Mrs. Clinton) will now likely be nip-and-tuck at least until the debates, where Mr. Trump’s depth and temperament will be tested in a 1-on-1 setting (where he’s never been tested before). If the primary debates were any indication, a polished Hillary beats a depth-challenged Donald every time. But that analysis would qualify as a pragmatic prediction, which clearly don’t apply to Trump… who has been counted out more times than Jon Snow but keeps defying logic.

So when it comes to election, a third, even fourth variable outside of the two candidates usually comes into play. In June of 2008, who could have seen an Alaska governor nobody had ever heard of being chosen as John McCain’s running mate and hijacking the media narrative (mostly for the worse) from that point on? And nobody (outside of the folks featured in The Big Short… a must-see) could have also seen the economic collapse coming that September. Those factors, combined with a young, electric, movement candidate in Barack Obama gave the Democrats back the White House in a blowout that November.

So what will be this year’s variables? A terror attack — a major one on a 2015 Paris level — is one to unfortunately keep in mind as national security sits near the top of the list of voters’ priorities. Another economic collapse isn’t out of the question given the cyclical nature of the economy (both Bill Clinton and George W. Bush handed the next administration a recession to deal with… the latter’s obviously being much more severe). And then there’s that whole FBI investigation that could completely derail HRC17’s chances if an indictment is recommended (which will be leaked and crippling regardless of Attorney General Loretta Lynch’s decision on how to proceed from there). But since those kind of events are purely speculative, let’s go with one factor that is a certainty:

Watching the president at work yesterday doing what he does best — public speaking — was a reminder of two things when contrasting him against Donald Trump and Hillary Clinton:

1) How unpolished and un-presidential Trump can appear at times: The bright red hat. The ear-piercing prose. The lack of gravitas when he gets emotional…

2) How ineffective and inauthentic Hillary is when making any kind of argument while on the stump.

To review, the president was speaking in Indiana yesterday and showed why he was elected to two terms. You can agree or disagree with his policy positions or record, but anyone with eyes or ears saw why he can be so effective on the stump. A few notable moments here:

OBAMA: The Republican nominee for president’s tax plan would give the top one-tenth of 1% a bigger tax cut than the 120 million American households at the bottom.
It would explode our deficits by nearly $10 trillion dollars. I’m not making this up. You can look at the math. That will not bring jobs back. That is not fighting for the American middle class. That will not help us win. That is not going to make your lives better, that will help people like him (crowd stands and applauds). “That’s the truth!”

OBAMA: “Most importantly, immigrants are not the main reason why wages haven’t gone up for middle-class families. Those decisions are made in the boardrooms of companies where top CEOs are getting paid more than 300 times the income of the average worker. So deporting 11 million immigrants – not only is that a fantasy that would cost taxpayers billions of dollars and tear families apart and just logistically would be impossible – even if it were possible, it wouldn’t do anything to seriously help the middle class.”

Again, you can embrace or dismiss the perspective/arguments, but the delivery is pitch-perfect. It simply comes across as authentic, down-to-earth. It resonates. Hillary Clinton can make the same exact pitch and somehow it doesn’t work because (A) Her voice delivery — which can easily confused with perpetual yelling — is so distracting, and (B) The messenger so untrustworthy, particularly on the part about wages given her Wall Street connections.

And let’s not just focus on Hillary’s inability to land any clean punches on Trump, because 17 GOP presidential candidates — some, particularly the governors from Bush to Kasich to Walker to Perry… considered real stars of the party — couldn’t land anything of note while being taken off their game in the process, either. But then you go back to the president yesterday and see him systematically (with gravitas) make argument after argument against him in pithy, practical progression, you see where that key variable mentioned earlier is likely going to come from.

It’s going to be a tight race throughout the summer… that’s for certain. We have two unlikable candidates that the country has serious trust issues with. A third or fourth variable entering the equation will be more key than ever. Terror attacks and severe economic downturns are impossible to predict.

Here’s one that isn’t: Donald Trump likely won’t have a star on the stump helping him to make his case. Hillary Clinton (and boy, does she need it) will. It could be a replay of 2012: Obama had Bill Clinton (the 2012 version, which is decidedly different in public than the 2016 model). Mitt Romney had Clint Eastwood for five minutes. It also doesn’t hurt that the president currently has a 48.9 percent approval rating (RCP), partly because when juxtaposed against the two likely nominees, he looks more normal, more genuine, respectively.

For the next few months until election day after a Democratic nominee is finally chosen — most likely Hillary — the president gets to do what he enjoys and excels at most… campaigning.

And if his performance yesterday in effectively slamming Donald Trump’s core policies are any preview, Hillary Clinton now owns the intangible that may be the difference between winning and losing come November 8th.