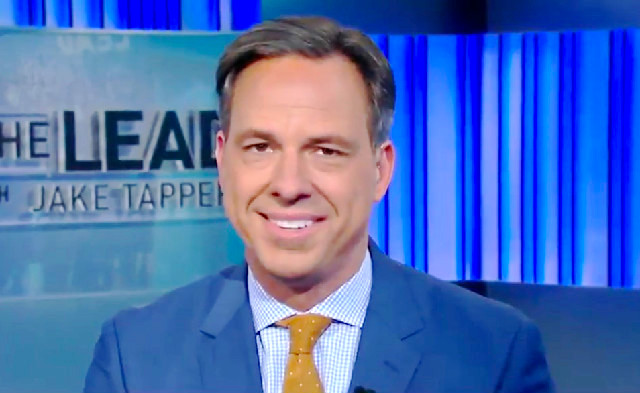 Alt-right news website Breitbart attacked CNN host Jake Tapper on Twitter Friday, only for Tapper to hit back with his own cutting remark.

Breitbart tagged Tapper in a tweet sharing their take on his recent on-air take-down of Trump.

(Breitbart’s joke is that Tapper at one point told Trump, “You legitimately won the presidency. Now get to work and stop whining about it.” So they’re saying Trump’s angry press conference was actually a brilliant move to get Tapper to admit Trump’s legitimacy, even though Tapper never actually questioned his legitimacy, and you can simultaneously believe that Trump’s election was legitimate but the Russians still hacked… look, we never said it was a good joke.)

Tapper is not the type to back down however, mocking them for serving as lap-dogs to the administration and senior Trump advisor (and former Brietbart head honcho) Steve Bannon.

@BreitbartNews Such a good doggy. Now go get your treat from Bannon. Arf!