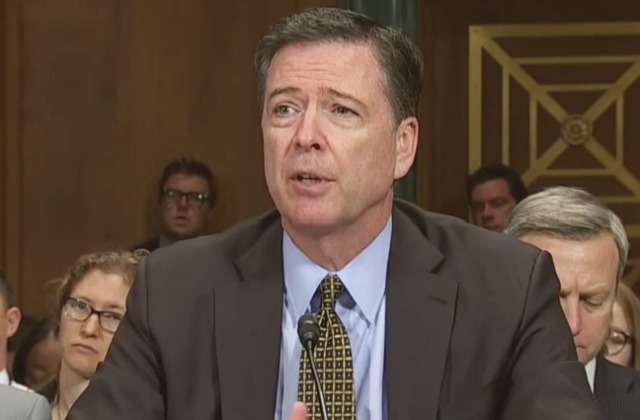 The interview with Mr. Comey focused on a series of memos he wrote about his interactions with Mr. Trump that unnerved Mr. Comey. In one memo, Mr. Comey said that Mr. Trump had asked him to end the F.B.I.’s investigation into the former national security adviser, Michael T. Flynn.

Those memos have raised questions about potential obstruction of justice from the President. Sessions’ interview last week, per CNN, partly concerned “whether President Donald Trump obstructed justice since taking office.”

Comey, who infamously said last year “Lordy, I hope there are tapes,” has recently taken to dryly commenting on news of the day on Twitter, including yesterday after the news broke of FBI Director Christopher Wray threatening to resign if Deputy Director Andrew McCabe was removed:

Good to read reports of people standing up for what they believe in. “The ultimate measure of a man is not where he stands in moments of comfort and convenience, but where he stands at times of challenge and controversy” — MLK