Krauthammer Was Right: U.S. Should Have Boycotted Sochi Olympics

Krauthammer Was Right: U.S. Should Have Boycotted Sochi Olympics 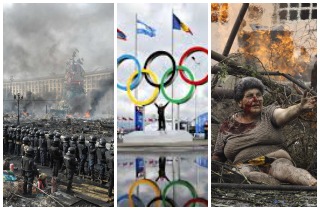 In August, 2008, as Russian tanks bore down on the Georgian city of Gori under the guise of a policing operation in the breakaway provinces of South Ossetia and Abkhazia, the world looked for ways in which they could punish Moscow over its clear violation of international norms. A cross-border invasion of a sovereign state, no matter how the Kremlin felt about that state’s autonomy, demanded redress. But how could the international community, or the West alone, if need be, penalize Moscow?

Conservative columnist Charles Krauthammer had a few ideas, none of which were followed. He suggested that the NATO-Russia Council should be suspended. It was not. He recommended that the Russian Federation be barred from admission into the World Trade Organization. In spite of failing to meet the requirements for admission, Russia was rewarded with WTO member status in 2012. Krauthammer wrote that the G-8 should be dissolved and that Russia should be isolated. The G-8 was expanded to the G-20 with Russia playing a more prominent role.

But the most controversial of Krauthammer’s unheeded recommendations was for there to be a joint European and American boycott of the 2014 Winter Olympics in Sochi. “To do otherwise would be obscene,” he wrote. “Sochi is 15 miles from Abkhazia, the other Georgian province just invaded by Russia.”

“The Games will become a riveting contest between the Russian, Belarusian and Jamaican bobsled teams,” he continued.

Six years later, Abkhazia and South Ossetia remain nations that exist only in the minds of the cadre of apparatchiks that surround Vladimir Putin. They are officially recognized by a handful of Polynesian islands and those paragons of global responsibility, Nicaragua and Venezuela. That short war in the summer of 2008 is a distant memory for most in the West, but the festering resentments which sparked that conflict persist in many of the former Soviet Republics. The dynamics which prompted Russia to invade a sovereign state have been bitterly exposed again by the ongoing crisis in Ukraine – a crisis provoked and exacerbated by Moscow.

The virtually unprecedented fact that Defense Sec. Chuck Hagel could not get his Ukrainian counterpart to return, much less take, his telephone calls underscores the extent to which Moscow has control over Ukraine’s executive. The head of the nation’s armed forces was relieved of his command, leading to speculation that he had refused orders to fire on civilian protesters. Even if that country’s crisis is entering a new and more complicated phase (portended by the surprise release of jailed opposition figure Yulia Tymoshenko), the blood spilt on Ukrainian streets leads back to Moscow.

America and the West conveyed legitimacy on Russia and its rogue tendencies by attending the 2014 Olympics. Russia’s behavior should result in its isolation from the international community. Anything else is simply unjust and a dangerous validation of unacceptably aggressive behavior.