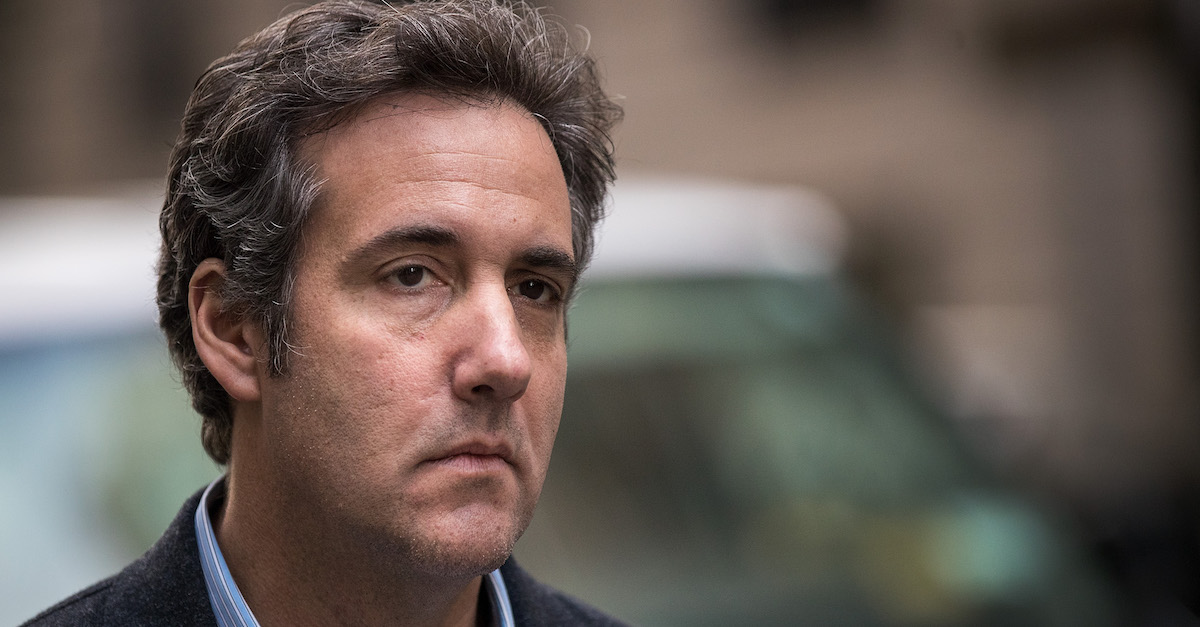 NEW YORK, NY – MAY 11: Michael Cohen, former personal attorney for U.S. President Donald Trump, exits the Loews Regency Hotel, May 11, 2018 in New York City. AT&T CEO Randall Stephenson said this week that it was a mistake to hire Cohen as a consultant it was revealed they paid him $600,000 last year. (Photo by Drew Angerer/Getty Images)

President Donald Trump‘s former fixer is mulling over a guilty plea with Manhattan federal prosecutors, according to sources who told NBC News a deal might be in the works.

It could be wrapped up as soon as today, the outlet said, potentially signaling major consequences for Trump, who worked with Cohen to arrange payouts to silence women with whom the president allegedly had affairs.

Earlier this year, it was revealed the FBI had been keeping an eye on Cohen, monitoring his phone log and raiding his office and home.

He’s now facing questions over financial crimes including bank and tax fraud, the Associated Press reporting just yesterday that he may be hit with charges this month.