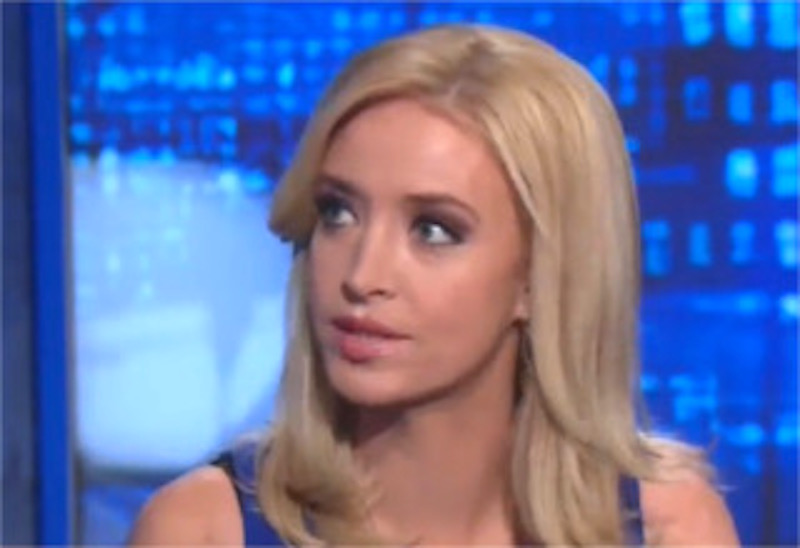 As word came out on Monday that ex-CNN commentator Kayleigh McEnany was hired as a national spokeswoman for the Republican National Committee, internet sleuths quickly took to her Twitter account in an attempt to unearth dirt — and were treated to a trove of absurd commentary, including a nod to birtherism.

Most harrowing of the discoveries, however, came later in the day, when Twitter users uncovered a series of tweets from McEnany making controversial, if not objectively shameful comments about pizza.

The tweet that caused the most outrage was one from 2012, in which McEnany made the baffling claim that Domino’s, proud distributor of absolute garbage, “is wayyyy better than any NYC pizza”:

FUN FACT: @dominos is wayyyy better than any NYC pizza

That abomination of a tweet — which as of writing has somehow not been deleted — is one of her many controversial statements on pizza, including a number of tweets celebrating various other chains that have somehow ruined the simple act of putting cheese and sauce on top of dough:

I want some Godfather’s pizza from Herman Cain!

Had Pizza Hut last night, but it’s not nearly as good as @dominos My heart belongs to them!

@pizzahut Thanks! Love pizza hut. Open some more in the city!

Eating gourmet pizza. It’s not quite @dominos or @pizzahut … Sorry for forsaking you.

Just ordered @dominos … watching my pizza tracker like a hawk!

I love @totinos pizza!!!! So happy I found these guys on Twitter.

But the pro-Trump commentator turned RNC spokeswoman is not alone in her affinity for flavored cardboard masquerading as an Italian delicacy: Trump himself has been known to dine at nauseating New York pizza chain Sbarro, and once starred in a disturbing Pizza Hut commercial (TW):

So again, as the world reels in disgust, yet another Trump-associate has done something controversial that will likely fortify their relationship with the president.