Obama White House Plays the Victim, But the Press Isn’t Playing Along Anymore

Obama White House Plays the Victim, But the Press Isn’t Playing Along Anymore 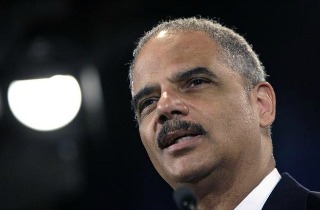 It’s an odd condition to witness the members of the most powerful institution on earth braying endlessly about their status as victims. Nevertheless, as the Democratic Party’s electoral prospects grow bleaker, a variety of administration officials and appointees are doing just that.

A reliable cadre of loyal liberals are keen to embrace the notion that their party’s representatives, and by extension themselves, are forever victimized at the hands of imagined enemies. But the White House seems to have taken for granted the fact that the political press can often be counted on to credulously disseminate these claims. Recently, however, the media has not been playing along.

In the increasingly frantic effort to reanimate the moribund Democratic coalition, a potent political force that goes dormant in between presidential election cycles, the White House has done their best to inflame women’s sense of martyrdom. To this end, the administration recently claimed that largely redundant legislation is required to address persistent inequality in rates of compensation. Unexpectedly, however, the press dismantled the claim.

The Washington Post‘s Nia Malika Henderson, a frequent MSNBC guest, was among the first erstwhile administration allies to burst out from a nervous pack of reporters and thrust a dagger into the White House’s arguments. Noting that even the White House’s Department of Labor disputes their oft-cited claim that women make just 77 cents for every dollar a man makes (a figure that does not account for disparities in profession, education, time worked, etc.), Henderson observed that the same calculation suggests that the White House is guilty of the same form of gender discrimination.

After taking issue with the administration’s info graphics, which depicted women as Mad Men-esque caricatures, Henderson declared the White House’s political effort to mobilize women ahead of the midterms a failure. “The White House and Democrats were hoping for bold strokes. They got nuance and muddy pastels,” she wrote. “And nuance is always a hard sell in politics.”

The broadcast news networks, perhaps emboldened by the sudden strikes against the administration, followed suit. “When the factors that the White House used to defend its gender pay gap are used nationally, the Labor Department says the difference in median wages between men and women shrinks to about 5 cents to 7 cents on the dollar,” reported CBS’ Major Garrett. NBC News and ABC News have not come to the White House’s defense.

Perhaps the unkindest cut came from the reliably feminist organization The American Association of University Women which conducted a study that found in 2012, controlling for variables, the supposed wage gap shrinks to a statistically minuscule 6.6 cents. Furthermore, they add, that gap cannot be definitively linked to discrimination over other factors.

In the face of this naked insurrection, the White House’s staff has lashed out at their oppressors in the press. Taking to Twitter on Tuesday, White House Director of Communications Jennifer Palmieri remarked that all of the news networks save the Associated Press sent men to the front row James Brady Briefing Room to ask White House Sec. Jay Carney about gender pay issues. This involuntary paroxysm was deservedly dismissed by the press corps, some of whom accurately noted that the press secretary was also male.

But the well of victimization is deep and there are other sources of indignation to plumb. Speaking on Wednesday before a group at MSNBC host, provocateur, and paid FBI informant Al Sharpton‘s National Action Network, the Attorney General of the United States, Eric Holder, strongly implied that both he and the President of the United States were victims of racial discrimination.

Good question? The answer: virtually all of his immediate predecessors. John Ashcroft and Michael Mukasey both endured numerous dressings down from the Democratic members of the legislative branch. House Democrats introduced legislation in 2007 aimed at seeking Alberto Gonzales‘ impeachment — an indignity that Holder has also had to suffer. When the House voted to hold Holder in contempt of Congress in 2012, he joined Janet Reno.

Seeing as both Holder and Gonzales are of minority descent, Republicans might have been able to also claim that racial antipathy motivated Democratic opposition to George W. Bush‘s appointee. To their credit, they did not appeal to that craven and manipulative strategy.

Aside from the usual suspects who are often apt to embrace their own status as victims, often well-paid and influential members of the political or media establishments, the press has been unmoved by Holder’s crass tactic.

“When you’re going to say that Barack Obama and Eric Holder have been treated worse than anybody else in the history of American politics because of their race, well, you’re not even going back 20 years let alone 200,” MSNBC host Joe Scarborough asserted as one of the few media personalities who bravely addressed the subtext of Holder’s remarks. Scarborough made this remark in a conversation with a reporter from POLITICO, a publication so mortified by Holder’s appeal to racial solidarity that they identified the key takeaway from attorney general’s speech as, “Holder strays from planned remarks.”

The White House’s election year push to stoke the nation’s victimhood complex has found few willing accomplices in the press. Maybe this strategy will enjoy more traction as November grows closer or if Democrats fail to regain some traction in the polls, though the dynamics that govern turnout in midterm election cycles are essentially baked into the equation by this stage. But given the high stakes this year, and the likelihood that the Obama presidency is over in all but name if his party loses control of the Senate, it is understandable — though not forgivable — for the White House to resort to sacrificing national comity in the attempt to salvage their political position.