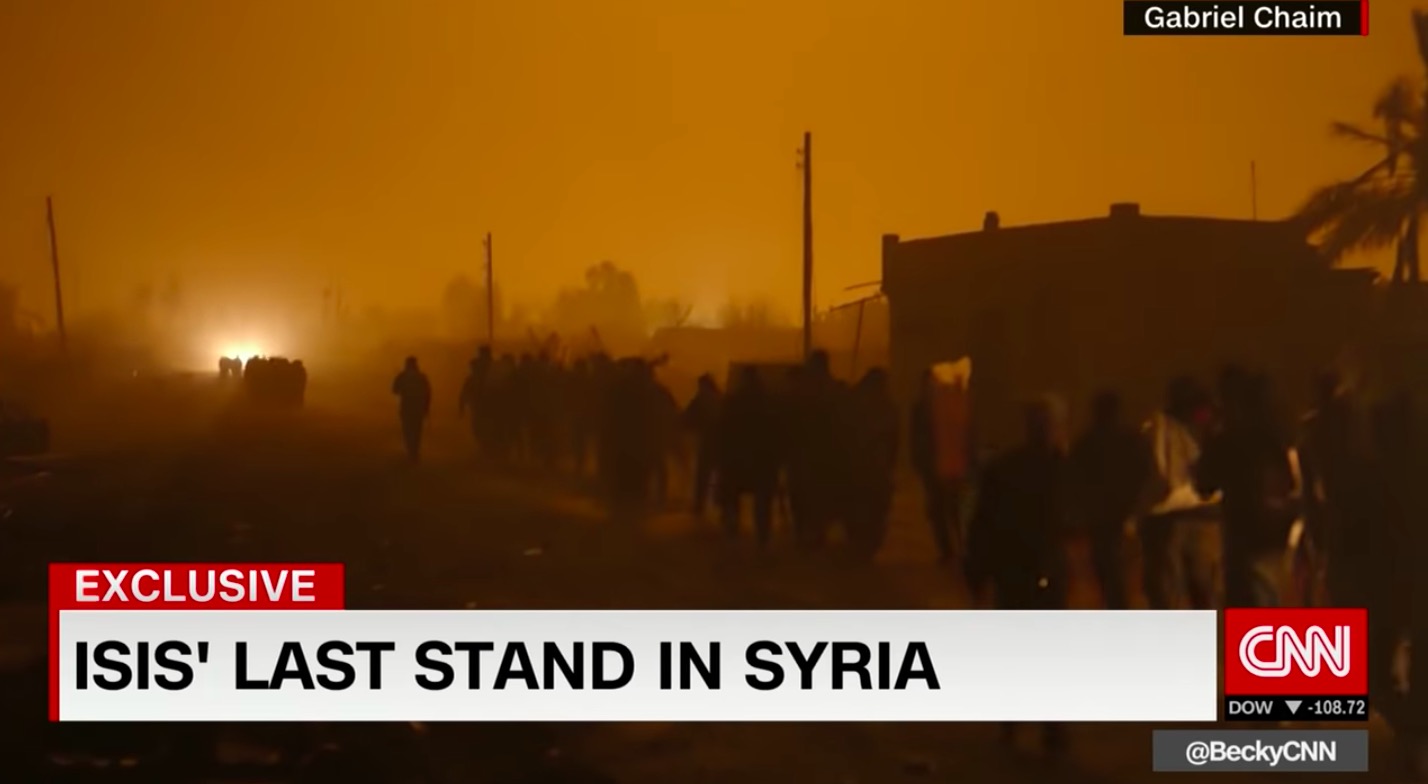 The Department of Defense’s upcoming Inspector General Quarterly Report on Operation Inherent Resolve warns ISIS will be able to regain all of its lost territory within six months to a year in Syria, according to NBC News.

The draft says ISIS is intent on reconstituting a physical caliphateand that with ungoverned spaces in Syria and no military pressure, the terror group could retake land in a matter of months, according to the officials familiar with the report.

The report covers the three months from Oct. 1 to Dec. 31, 2018. President Donald Trump announced in mid-December that the U.S. military would be leaving Syria.

The report is set to come in as President Donald Trump‘s administration remains committed to leave the country within 120 days, saying ISIS is defeated.

“ISIS no longer has freedom to mass forces,” Acting Secratary of Defense Patrick Shanahan told reporters on Tuesday. “Syria is no longer a safe haven.  We’ve eliminated the majority of their leadership.  We’ve significantly diminished their financial capabilities.  So when you look at their — you know, used to be their much-vaunted social media, that’s been decimated.”

“If we wind the clock back two years, I’d say 99.5 percent plus of the ISIS-controlled territory has been returned to the Syrians.  Within a couple weeks, it’ll be 100 percent,” Shanahan added.