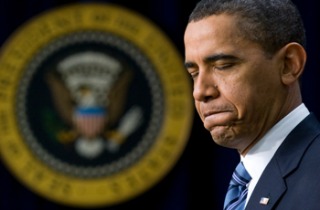 The release of the latest CBS News survey on Wednesday morning shook political conventional wisdom to its core. This survey greatly informs the debate over how the public views the Affordable Care Act and its problematic roll-out. While this survey provides the Republican Party with important warning signs – signs the party appears have not yet internalized – this survey also suggests that Democrats are joining independents in abandoning hope that President Barack Obama’s signature achievement can be salvaged in its present form.

Liberal proponents of health care reform have accurately noted that slim majorities or pluralities (depending on the survey) continue to oppose a full repeal of the ACA. Some conservatives appear to have convinced themselves that the negative public view of the Republican-led government shutdown, when GOP legislators demanded full repeal of the law, is responsible for this condition. It is more likely, however, that the public is expressing a preference – or bias, depending on your point of view – in favor of the status quo.

Moreover, the fact that only 43 percent favor repeal while 48 percent do not in this poll confirms what ACA supporters have claimed for years: a variety of provisions within the law are more popular than the ACA itself. Aspects of the health care reform law like allowing young adults to remain on their parents’ insurance plans until the age of 26, ending insurers ability to discriminate against pre-conditions, and decoupling health insurance from employment (which limits mobility) are all favored by the public. Voters are concerned that both baby and bath water will meet the drain in the wake of full repeal.

Republicans should keep this in mind. A conservative alternative to the law is critical to allaying the public’s concern that Republicans are advocating for a return to the status quo ante health care delivery system.

This indicates that Senate Majority Leader Harry Reid (D-NV) cannot act as firewall for much longer. The House will continue to exert pressure on the upper chamber to enact reforms and Reid’s Democratic members are growing more uncomfortable with the bottoming out of their reelection prospects. And bottoming out they are.

This survey shows, as have others, that the gains made by Democrats over the course of the shutdown have evaporated. 21 percent of the public told pollsters that they approve of Republicans in Congress, a 3 point bump from the month before. While this is certainly an anemic level of public approval, it is only marginally worse than the approval rating Democrats now enjoy. Only 26 percent said they approve of the job congressional Democrats are doing, down from 31 percent in October.

Political pundits have the ability to insist that Democrats in Congress stay the course and hope this brewing hurricane blows over. Elected representatives, however, do not have this luxury. It is a matter of weeks – maybe even days – before the Senate must consent to a legislative fix and allow their vulnerable Democratic members to take a vote back home to campaign on ahead of the 2014 election cycle.

Republicans would be well-advised to make settling on a universally agreed upon conservative alternative to the ACA soon. The public quite clearly demands it. But Democrats are in very real political peril. They, too, will have no choice but to consent to reforms to the ACA – if only because their base is losing faith that the law is worth saving.