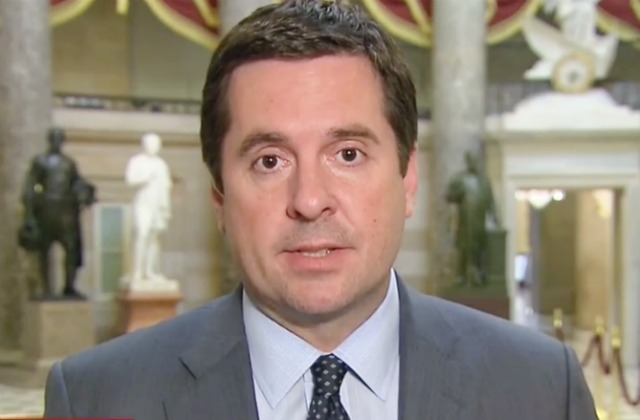 House Intelligence Committee Chairman Devin Nunes has not disclosed his sources for the intel he received on White House grounds about incidental collection of Trump team communications, but a New York Times report this afternoon identifies two individuals who reportedly “played a role” in providing Nunes with that intel.

Several current American officials identified the White House officials as Ezra Cohen-Watnick, the senior director for intelligence at the National Security Council, and Michael Ellis, a lawyer who works on national security issues at the White House Counsel’s Office and formerly worked on the staff of the House Intelligence Committee…

Mr. Cohen-Watnick is a former Defense Intelligence Agency official who was originally brought to the White House by Michael T. Flynn, the former national security adviser. The officials said that earlier this month, shortly after Mr. Trump wrote on Twitter about being wiretapped on the orders of President Barack Obama, Mr. Cohen-Watnick began reviewing highly classified reports detailing the intercepted communications of foreign officials.

The Times adds that the reports “consisted primarily of ambassadors and other foreign officials talking about how they were trying to develop contacts within Mr. Trump’s family and inner circle” before he was sworn in.

NBC News received this statement from a Nunes spokesman in response to the report:

Earlier today, before the report came out, President Trump took a shot at the Times on Twitter.