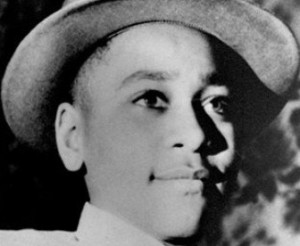 Conservative radio giant Rush Limbaugh has made a career of race-baiting, so his use of the word “uppity” to describe First Lady Michelle Obama (on the occasion of her booing by some NASCAR fans) was about as surprising as the twist ending to a Three’s Company episode. While the audience that gobbles up Limbaugh’s racial “tweaks” is probably beyond reasoning with, I truly believe that Limbaugh, himself, can still be reached.

As I’ve said before, Rush Limbaugh is a race-baiting coward, but he wraps his race-baiting in the cloak of social criticism. His premise is that by deliberately drawing outrage over comments that are racially insensitive, he is defending freedom of speech against oppressive “political correctness.”

The key question, I suppose, is whether that delusion is sincere, whether Limbaugh is using racism as a tool for social critique, or using social critique as cover for racism. To many in Limbaugh’s audience, it’s the latter, a delightfully clever way to let them laugh along with Limbaugh as he finds pretexts to work racial stereotypes back into the cultural conversation. Even if it’s the former, though, Limbaugh is missing the point that nobody wants to stop him from stage-whispering words like “spade,” “negro,” and “uppity” at a cocktail party, but that we have no duty to tolerate it. At best, his message is that his right to be unpleasant supersedes other people’s feelings.

On that point, Limbaugh is absolutely correct. It’s a right that no one is challenging, which leads many to conclude that this is all just an excuse to market himself to a crowd that resents not being made to feel comfortable telling “Afroturf” jokes anymore. However, even if that’s true, I would still like to give Rush the benefit of the doubt that he’s simply exploiting that resentment, rather than fostering it himself.

RELATED: Rush Reads Mediaite, But Oh, No! He Struggles To Say Our Name!

To that end, I would like to urge Rush (an avid Mediaite reader) to give a good, thorough read to The Grio‘s Goldie Taylor, who offers up a family recollection about the use of the term “uppity” on her grandfather. While working at an Arkansas pharmacy in 1933, Joseph “Son” Robinson made the mistake of asking a white customer to wait his turn in line:

Before Son could explain who was first, second or third, the customer drew his horsewhip and snapped it. Granddaddy caught the leather strap with his gravedigger’s hands. “I don’t want no trouble now Mister,” granddaddy said staring him in the eye.

And there it was.

In 1933, the word “uppity” meant nothing short of a death sentence for African-Americans living in the South, and my grandfather had been publicly marked for death. My grandparents heeded that warning, packed up and hit the railroad line north before the sun went down.

For those of you who think that Goldie Taylor is exaggerating, as someone like Limbaugh just might, consider the story of Emmitt Till. I often take for granted that Emmitt Till’s story is universally known, but there’s a good chance that someone like Rush Limbaugh, steeped in the privilege of not needing to know, just doesn’t know.

More than twenty years after Goldie Taylor’s grandfather left Arkansas, 14 year-old Emmitt Till left Chicago to visit family in Mississippi. It’s unclear that Emmitt did anything provocative at all, but the consensus in retelling is that he might have whistled at a white woman, for which he paid a ghastly, inhuman price:

Several nights later, Bryant’s husband Roy and his half-brother J. W. Milam, arrived at Till’s great-uncle’s house where they took Till, transported him to a barn, beat him and gouged out one of his eyes, before shooting him through the head and disposing of his body in the Tallahatchie River, weighting it with a 70-pound (32 kg) cotton gin fan tied around his neck with barbed wire. His body was discovered and retrieved from the river three days later.

While his story is tragically not unique in our history, it is the most iconic expression of the consequences of “uppity-ism,” as Limbaugh puts it. Let’s take for granted that when he says it, he means only to evoke the kind of discomfort associated with arcane language like “negro” (which conservatives bitterly feel that Democrats get a pass for), or to mourn the complications surrounding idioms like “call a spade a spade.”

Those aims are misguided, but this is an opportunity to perform an object lesson in authentic political correctness. Assume that Limbaugh didn’t know that the word “uppity” carried such evil connotations. Now, he does know. Political correctness isn’t about shaming Rush Limbaugh for using that word, or even shaming him into never using it again. It’s about educating him as to how its use affects others, and letting his choices speak for themselves.