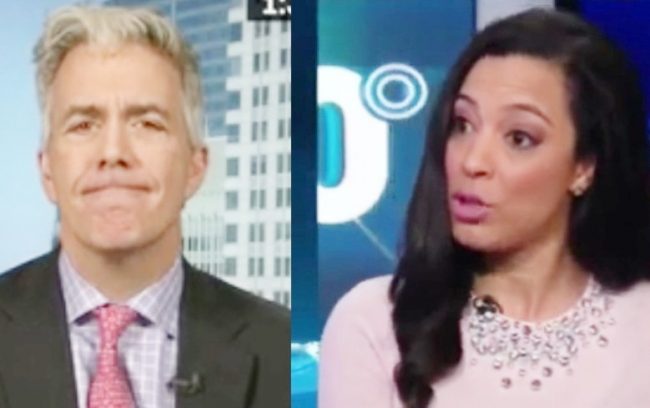 Today, a Mediaite article was at the center of a Twitter battle, so we are going to give you an overview. It’s only right.

It started this afternoon when CNN’s Angela Rye criticized Donald Trump‘s presidency by saying, “Barack Obama had to be the next best thing to Jesus and here we are, just two months in and some change, there is issue after issue.” We took note of the statement and wrote it up, which caught the attention of Joe Walsh, a former single-term congressman known for tweeting at Obama a threat of “war,” among other things.

Walsh interpreted Rye’s statement about the standards Obama had to live up to as a direct comparison to Jesus:

.@angela_rye: “Barack Obama was the next best thing to Jesus.”

Huh? Angela, that’s why u can’t be taken seriously. https://t.co/MGIeQNddr0

.@angela_rye Its ok to be pro-Obama. But Angela, it’s never good to WORSHIP any politician. No politician can be compared to Jesus. Cool? https://t.co/NJM3XgxkSl

This is why you served ONE term in the house, playboy. You’re listening skills? Wack. Reading comprehension? More wack. #trollELSEWHERE https://t.co/HaC4O2pOI2

Walsh did eventually come around to realize Rye’s intended meaning:

.@angela_rye And your way wrong on your main point Angela. We LOWERED the bar for Obama. He was held to a lower standard cuz he was black. https://t.co/OMXphLZUTj

.@angela_rye I’ll do something rare on twitter. I’ll apologize. Angela, I misinterpreted you. I’m sorry about that.

Regardless, MSNBC’s Joy Reid jumped in:

First of all, it’s “you’re,” as in “YOU’RE not fit to be Obama’s intern.” Second, who’s “we?” People who owe back child support, perhaps? https://t.co/eaulI7jaFo

So did CNN’s W. Kamau Bell:

Did white men decide that today is the day to put Black women back in their place? Because that’s not today. That’s the 3rd of Neveruary.? pic.twitter.com/Zkqg5D6egZ

What’s a typo? And name call at will, Joe. Your tweet is inherently racist and we can all see that. https://t.co/m2DwkoYgRL

As noted in the Bell tweet, Walsh’s misinterpretation of Rye’s comments and Twitter provocation were especially noteworthy today, given that Bill O’Reilly has been under fire all afternoon for comments he made about Representative Maxine Waters this morning. Sean Spicer, too, faced criticism after today’s press briefing for telling reporter April Ryan to stop shaking her head.

Bill and Sean are showing the world how Black Women get talked about and treated everyday.