The Killing Of Trayvon Martin Is Not A ‘Black Problem’

The Killing Of Trayvon Martin Is Not A ‘Black Problem’ 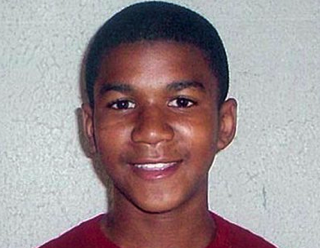 A very young person was killed last month, for carrying a bag of Skittles and an iced tea. His killer made a dubious claim of self-defense, despite being explicitly told by law enforcement he had no right to confront the teen and his Skittles for his “suspicious” behavior. The claim worked, and witnesses say that police officers told them they were mistaken when they tried to say it was the teen who cried out for help, and not the killer. Trayvon Martin‘s death is a harrowing story, particularly given that his killer, George Zimmerman, seems to have escaped any brush with the legal justice system. It should alarm any American than our legal system protected Zimmerman’s liberty after his crime. So why are only black people talking about it?

Like many outside the Orlando area, I first encountered the story on Twitter, with a link to the New York Times’ Charles Blow’s recounting of the events. The facts of the case are most concisely compiled there:

Trayvon had left the house he and his father were visiting to walk to the local 7-Eleven. On his way back, he caught the attention of George Zimmerman, a 28-year-old neighborhood watch captain, who was in a sport-utility vehicle. Zimmerman called the police because the boy looked “real suspicious,” according to a 911 call released late Friday. The operator told Zimmerman that officers were being dispatched and not to pursue the boy.

Zimmerman apparently pursued him anyway, at some point getting out of his car and confronting the boy. Trayvon had a bag of Skittles and a can of iced tea. Zimmerman had a 9 millimeter handgun.

The two allegedly engaged in a physical altercation. There was yelling, and then a gunshot.

When police arrived, Trayvon was face down in the grass with a fatal bullet wound to the chest. Zimmerman was standing with blood on his face and the back of his head and grass stains on his back, according to The Orlando Sentinel.

Zimmerman has not faced any charges because he claims he acted in self-defense, despite disobeying police orders, despite later being found to be a serial 911 caller, and despite having warned neighbors, as “neighborhood watch” leader, to keep an eye out for “young men who appeared to be outsiders” by the Miami Herald. Martin’s parents are crying murder and, of course, racism. Zimmerman’s parents claim their son is Latino, and therefore could not be racist. As he has not been charged with anything, and we know for sure he shot Martin, calling this a murder is not, by any means, a legal conclusion that a court has arrived at. The difference between murder and manslaughter or other homicide is “malice aforethought”– an elusive term but, to me, if repeatedly calling 911 and warning people about suspicious young black men, before actually killing one in defiance of law enforcement orders isn’t “malice aforethought,” I’m not sure what is.

Most of the media is crying neither racism nor murder, saying next to nothing, though given that the online uproar began in earnest over the weekend, the next week will provide many opportunities to bring the story to light. As of now, however, the most vocal in bringing the story to light have been cable news tweeters like Blow himself, Touré, Goldie Taylor, and Roland Martin, among others. Al Sharpton has announced he is organizing a rally in support of Trayvon Martin. Many black commentators began using a phrase that I had never quite understood before to describe the situation: “There but for the grace of God go I.”

As for coverage of the matter on television, the TV Eyes television transcription database shows that CNN has been on the forefront of covering this story since March 10– particularly Don Lemon on his broadcast yesterday. Among the non-CNN cable news networks, only MSNBC’s Al Sharpton, Martin Bashir, and Alex Witt, Melissa Harris-Perry, and Fox News’ Harris Faulkner having the distinction of reporting on the story at all. To date, the most thorough panel discussion on television about the matter appeared on Roland Martin’s Sunday program, Washington Watch, where Trayvon Martin’s parents appeared to tell their story:


The coverage of the story—in passing on national news networks, in depth among black critics—highlights both the integral need for diversity of experience in the media, and the consequences of a media without enough people who can speak to issues which are unique to certain American narratives that those in the outgroup will never understand.

Several reasons exist for the divide in black and white media regarding how they approach this story. For one, the reasons for Martin’s death necessitate an understanding of racism that only black people—particularly black men—fully understand. As a white Latina, I can say, without a doubt, that no one looks at my skin (or my name, for that matter) and feels fear. I can understand bringing that out in people for immutable traits— I know what it’s like to forget I’m in a rural place and speak Spanish, prompting bad service at a store or “this town is going to Hell” comments from locals. I know what it’s like to see your dad stopped by a cop for having a mustache. But, for the most part, no one knows I’m not “the right kind” of white without an extra clue. People like me don’t have to deal with “it,” usually. Given that my family barged into the American history narrative almost a decade after the Civil Rights Act passed, they likely could have avoided dealing with it had they been here, too.

Trayvon Martin, like so many “suspicious-looking” young black males with similar fates, did not have that luxury. No one can hide his or her skin color and, in the context of vigilante violence, the false threat of black skin is a uniquely black male problem. That doesn’t mean that those who have not experienced it cannot see why it is so obviously troublesome, nor does it exonerate non-black people from the responsibility of demanding a more just legal system that sends a clear enough message that murders like Martin’s are so unacceptable that they will, for the most part, go away. That lack of joint responsibility may be the single most troubling part of this story.

The media won’t be able to comfort Trayvon Martin’s mother. It won’t be able to erase the memory of her son, the sound of his cries for help as he was being shot, a teenager. They won’t be able to do much about Zimmermann’s tragically flawed understanding of what a criminal looks like, or the violently distorted moral code that enabled him to I believe commit such a crime. The media can shed light, however, on what sort of legal system lets a man like Zimmermann free, and encourages others with similar understandings of the “shoot first, ask questions later” doctrine to continue thinking as they do, because the law has them covered.