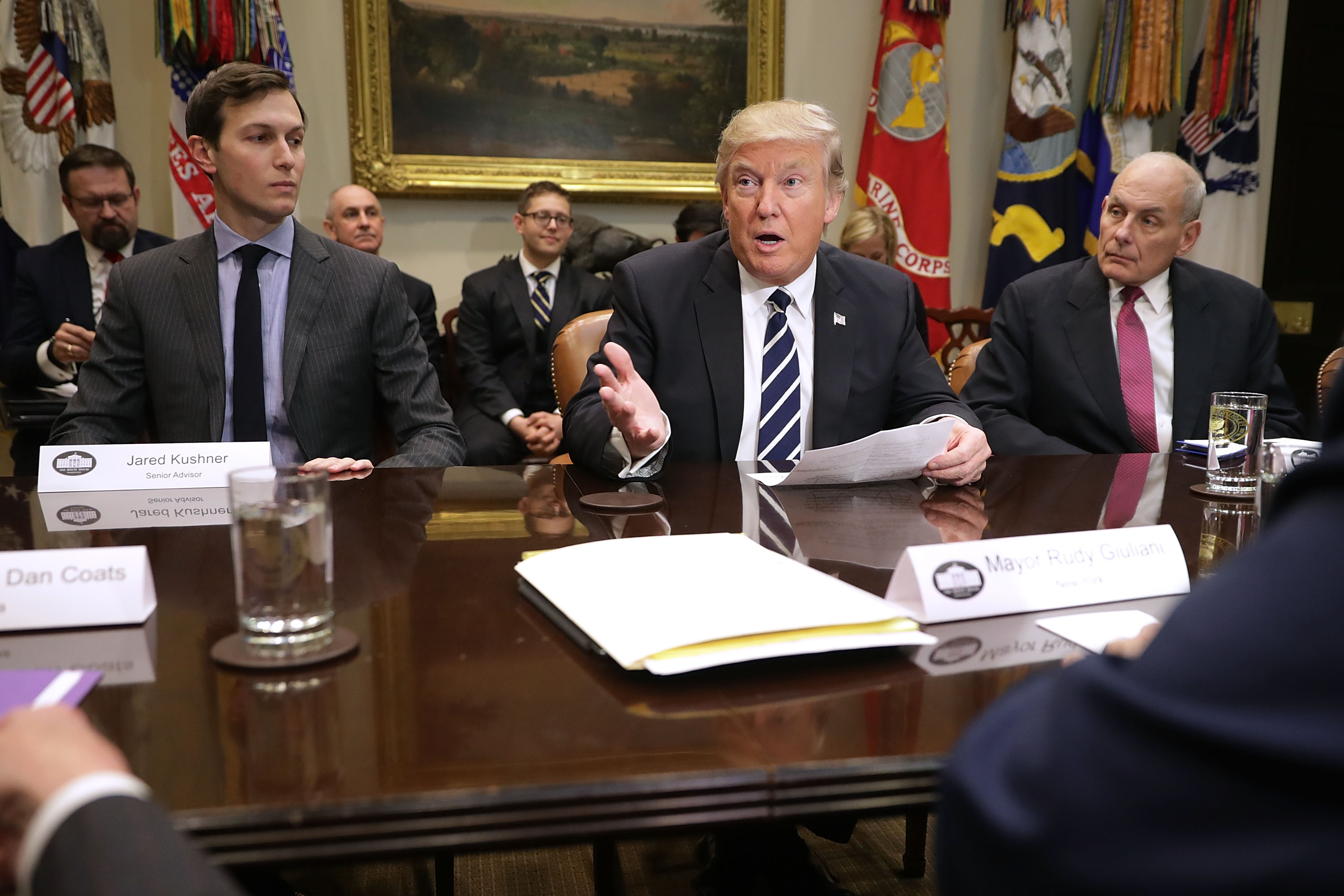 A new report says President Donald Trump ordered his former chief of staff, John Kelly, to give a security clearance to Jared Kushner.

According to The New York Times, citing four sources, the president gave the order to Kelly despite objections from intelligence officials and former White House counsel Don McGahn.

Mr. Trump’s decision in May so troubled senior administration officials that at least one, the White House chief of staff at the time, John F. Kelly, wrote a contemporaneous internal memo about how he had been “ordered” to give Mr. Kushner the top-secret clearance.

The White House counsel at the time, Donald F. McGahn II, also wrote an internal memo outlining the concerns that had been raised about Mr. Kushner — including by the C.I.A. — and how Mr. McGahn had recommended that he not be given a top-secret clearance.

Trump previously denied ordering a clearance for Kushner, telling the Times in January, “I don’t want to get involved.”