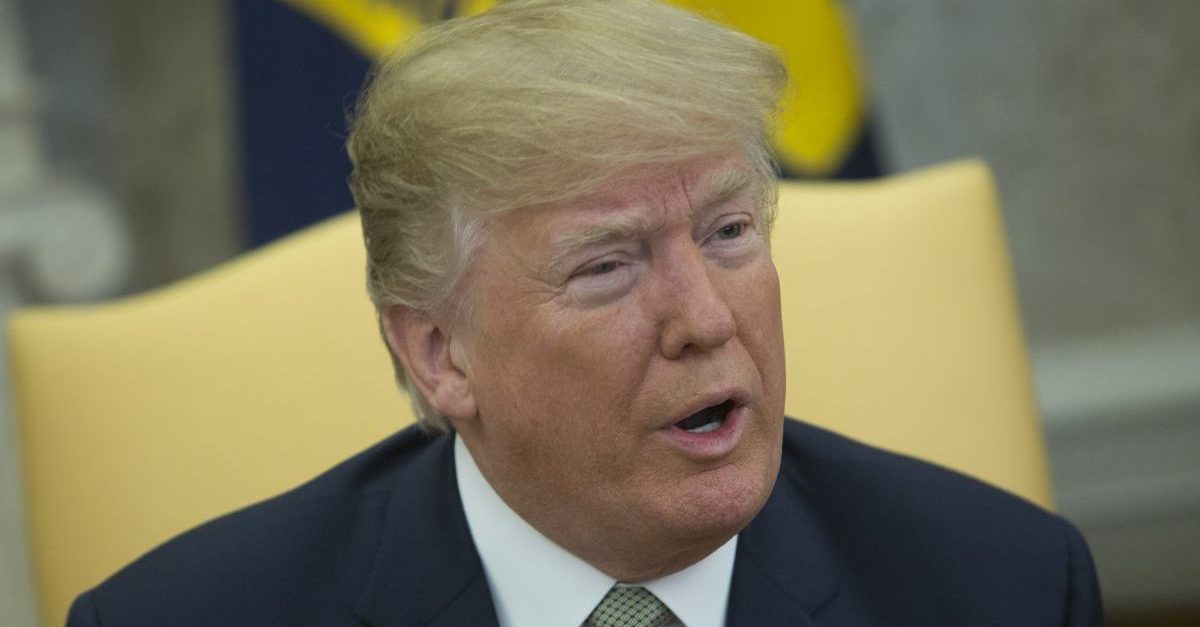 President Donald Trump‘s off-the-record comments during a Bloomberg interview leaked to the Toronto Star. In the remarks, Trump said he wouldn’t compromise with Canada on a deal but would instead insist on one “totally on our terms.”

What happened: I obtained these quotes. I'm not bound by Bloomberg's "off the record" promises. I asked the White House and the Trudeau team for comment. The Trudeau team, which is certain the quotes are accurate, sprung them on Trump's team at the meeting this morning.

White House hasn't disputed the authenticity of the quotes but suggested I shouldn't publish. Deputy Press Sec Lindsay Walters said, “If this was said, it was said in an off the record capacity. I understand you guys have obtained it; I’m not sure where you’ve obtained it from.”

The Canadian team won't comment on what has happened at this morning's meeting, but the White House has made clear to me that the comments were indeed raised.

Trump spokes Walters is now telling me her comments were off the record, which they weren't. This is the official WH comment, which does not deny the Trump quotes: "The Canadian and American negotiators continue to work on reaching a win-win deal that benefits both countries.”

President Trump has now weighed in on this leak, targeting Bloomberg:

Wow, I made OFF THE RECORD COMMENTS to Bloomberg concerning Canada, and this powerful understanding was BLATANTLY VIOLATED. Oh well, just more dishonest reporting. I am used to it. At least Canada knows where I stand!

“Wow, I made OFF THE RECORD COMMENTS to Bloomberg concerning Canada, and this powerful understanding was BLATANTLY VIOLATED,” he tweeted. “Oh well, just more dishonest reporting. I am used to it. At least Canada knows where I stand!”

Dale subsequently tweeted this is pretty clear confirmation from Trump that his reporting was accurate, but he added, “I won’t be commenting on the source of the leaked quotes.”

A Bloomberg spokesperson on the Toronto Star's publication of off-the-record comments from Trump in Bloomberg's interview: "When we agree that something is off the record, we respect that."