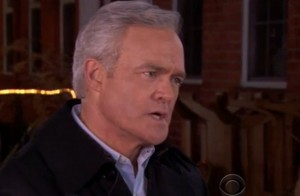 An unfortunate, but serious, distraction has grown out of the coverage of Friday’s horrific mass shooting in Newtown, Connecticut, as news outlets have engaged in a widespread campaign to falsely link autism and Asperger’s Syndrome with those killings. Even as this issue has begun to draw attention from online outlets, and some television networks have begun to consistently push back against this slur, Scott Pelley, of prestigious CBS news hour 60 Minutes, has dealt people with autism a terrible blow, reporting Sunday night that shooter Adam Lanza had Asperger’s syndrome, and that “we don’t know whether autism played a role in the shootings.”

Interviewing Mark and Louise Tambascio, friends of Lanza’s mother Nancy (also slain Friday), Pelley asked “Did Nancy Lanza ever tell you specifically what her son’s medical condition was? And she put a name to it?”

“That’s what she said,” Pelley confirmed, “That it was Asperger’s syndrome.”

“And for her it was a full time job taking care of him,” Pelley offered.

Pelley then offered a woeful thumbnail description of Asperger’s, and read one sentence from an autism advocacy organization’s press release. “An Asperger’s support group told us today that patients are more prone to be victims of violence than the perpetrators of violence,” Pelley said, “And we don’t know whether Asperger’s played any role in the shootings, but friends told us that the condition did dominate the Lanza’s lives.”

As should be obvious to anyone who bothers to check, there is absolutely no link between Autism Spectrum Disorders (like Asperger’s) and criminal violence, so to say “we don’t know whether Asperger’s played any role in the shootings” is as yellow a slur on people with autism as saying “we don’t know whether Scott Pelley played any role in the shootings.”

Worse than that, though, he goes on to suggest a link in that same sentence. “We don’t know whether Asperger’s played any role in the shootings, but friends told us that the condition did dominate the Lanza’s lives.”

Author and autism dad Joe McGinniss put it this way, in an email. “The nonexistent connection was again implied as linkage: someone suffering from Asperger’s is more likely to murder dozens of first-graders than a person who is not placed on the autism spectrum.  This is absolutely not true.  Scientific and medical evidence has demonstrated that it’s not true…The lazy journalism that suggests that Asperger’s was a possible cause of this tragedy is not only irresponsible, but likely to trigger even further discrimination against harmless individuals, who might be deficient in picking up social cues, but who possess at least as much empathy, and probably even more generosity of spirit, than those who are judging them today.”

I asked 60 Minutes how they could justify leaving a link between mass murder and autism an open question, or their omission of other reporting that suggests an accompanying mental illness, or whether they contacted any experts on Autism Spectrum Disorders, and their spokesman, Kevin Tedesco, responded “We reported this entire story thoroughly.”

It’s bad enough when ill-informed cable news “experts” spout ignorant falsehoods, but when venerated journalistic institutions like The New York Times and 60 Minutes do it, the results are disastrous for people who live with autism, who will be subjected to harm as a result.

After initially blowing it, some news outlets, have begun to do a good job of reporting on this issue more responsibly. CNN, in particular (and sister network HLN), have started to actively debunk some of the misinformation that has been spread, and Piers Morgan, to his credit, responded to criticism of a guest’s false assessment of Autism Spectrum Disorders by having the man back on the air Sunday night to answer for it. On Friday, Dr. Xavier Amador told Morgan that “a symptom of autism” is that “something’s missing in the brain, a capacity for empathy, for social connection, which leaves the person suffering from this condition prone to serious depression and anxiety.”

On Sunday night, Morgan booked Dr. Amador again, and said “I want to talk about something we discussed, which is about the potential mental illness that this young man suffered from. It’s suggested that it is possibly Aspergers, a form of autism. Clarify that, and clarify whether there’s any real science that suggest people that have that kind of condition might be violent.”

Asperger’s is not a mental illness, it’s a neurodevelopmental disability, but never mind that.

“There is none,” Amador replied. “There’s absolutely no evidence that if you have Asperger’s, you’re more likely to be violent than anybody else. I got some e-mails and blogs after our last conversation. I didn’t intend to say people with Asperger’s lack empathy, they lack the ability to judge social cues. If I look at you like you’re looking at me, it may look like I don’t have empathy, I wanted to clarify that as well.”

For the record, though, that’s not at all what Amador said. He said “something’s missing in the brain, a capacity for empathy,” but this is better than nothing. The words he was looking for were “I’m sorry.”

It would be nice if this were the last column of this kind that I had to write, because there are so many other ways in which the media is blowing it on this story, but the misinformation being peddled about autism demands to be corrected, each and every time. Autism can’t hurt the media, but the media sure can hurt those who live with it, who already have enough to deal with.