Impeachment is Not a Tough Vote for Democrats
Opinion

Contrary to Trump’s State-Run Media Narrative, Supporting Impeachment is Not a Tough Vote for Democrats 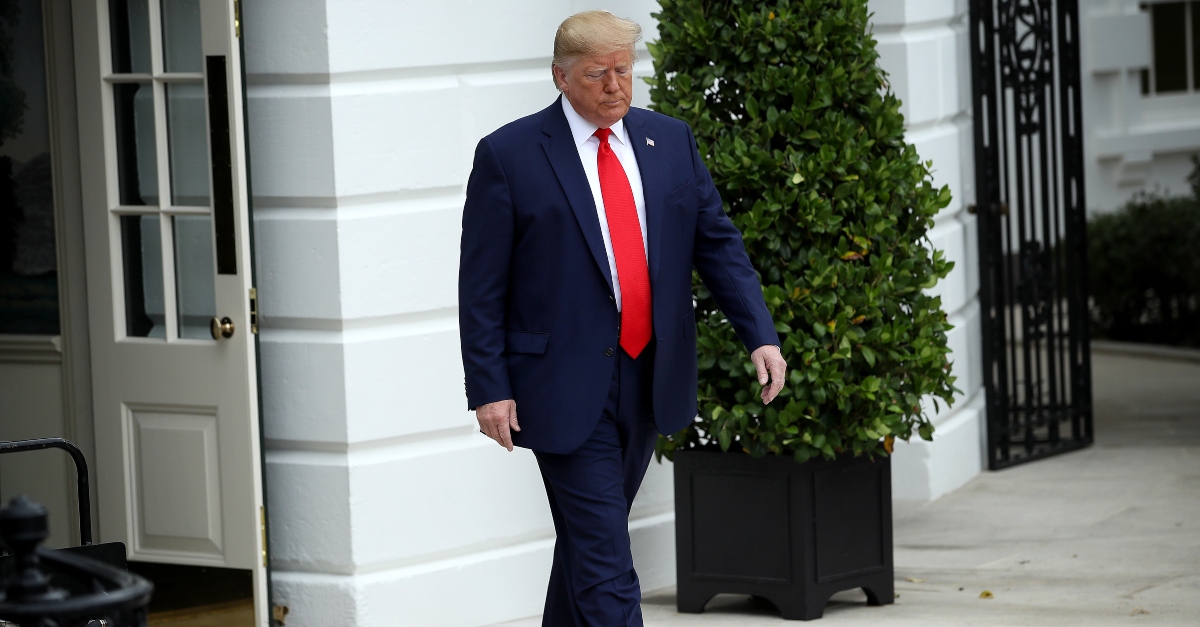 To hear President Donald Trump and his state-run “conservative” media tell it, lots of Democrats in Congress are terrified of their upcoming vote — expected within a couple of days — on whether to vote “yes” on impeachment and send the case against him to the Senate. According to their self-serving narrative, Democrats so failed to make their case to the American people that there will be a backlash against anyone not from a blue district who dares to impeach Trump.

Basic facts and logic expose this concept, however, to be almost entirely a right-wing fantasy. There is no doubt that the Senate will acquit Trump because Democrats can’t get anywhere near the 65% or so approval needed to support his removal from office in this dangerously partisan era, but there is almost as little chance that Democrats will suffer significant loses directly because they voted to impeach him.

While polling has differed somewhat, support for impeaching Trump is clearly much higher than it was in 1998 when Republicans impeached Bill Clinton, just after winning back the House in a midterm election which history has wrongly portrayed as the GOP having lost due to inflated expectations. Just yesterday, a Fox News poll came out with an astonishing 54% supporting Trump’s impeachment, with 50% wanting him also convicted and removed by the Senate.

What was particularly remarkable about this result is that within the Fox News sample Trump had a 45% approval rating, which is a couple of points higher than his current average (bizarrely, only 41% said they do NOT want Trump impeached, which means that more people approve of the job he is doing than are willing to say that he shouldn’t be charged with high crimes and misdemeanors). So this was not as a result of Fox News, a polling outfit which now routinely feels the wrath of a president who seems to neither understand how polling nor journalism is supposed to work, coming up with a bad pool of respondents to their poll.

There is also no indication that the impeachment drive is harming Democrats on the question of which party Americans want to control the House of Representatives. The generic congressional numbers have actually titled towards Democrats in the last couple of surveys, and their level of support is very similar to what it was just before their “blue wave” victory in the 2018 midterms.

At least some of this bogus narrative on the right has been fueled by one Democrat, Rep. Jeff Van Drew from New Jersey, apparently defecting to the GOP because he has always made it clear that he was not going to vote to impeach Trump. Van Drew however, a liberal who seems to really like Trump personally, has very few options because by NOT voting to impeach Trump he would make himself very vulnerable to losing a Democratic primary. But, since he has Trump’s backing, he would win the GOP nomination despite being overtly liberal (should he be his district’s GOP nominee it really would be the most blatant proof yet of “conservatism” now being solely defined as pro-Trump).

But even forgetting the most recent polling, or the proper context of the apparent Van Drew defection, there is still a massive hole in this Trump-enabling theory that impeaching the emperor with no clothes will somehow come back to haunt Democrats in “red” or “purple” districts. In short, who exactly is the theoretical voter that Democrats would be losing by voting to impeach Trump?

Who is this mythical voter who was planning on casting a ballot for an anti-Trump incumbent Democrat but who will then change their minds and support a pro-Trump challenger, all because 10 months earlier that Democrat backed impeaching Trump, but then he wasn’t actually removed from office?! I defy anyone to tell me what voting demographic might be prone to acting this way, because I cannot imagine that it actually exists.

We are living in an age where the news cycle is barely an hour long. By next November, a congressperson’s vote to impeach Trump will be as relevant to most voters as whatever my two-year-old daughter is about to get in her stocking on Christmas morning will be to her by then.

This is particularly the case because it is so clear that the GOP Senate will not allow Trump to be removed, or to even face a legitimate trial, effectively making the vote to impeach him a freebie under the “no harm, no foul” rules of engagement. The great irony here is that, because the jury of GOP senators is so pathetically in the tank for Trump, it actually makes it far easier for Democrats to vote to impeach him because it ensures that decision will lack any negative real-world impact to an independent voter who might not like Trump, but who was also uncomfortable removing him in this manner.

So any House Democrat on the fence should feel quite confident voting to impeach Trump. If they still have doubts, they should just ask the remaining House Republicans who voted to impeach Bill Clinton and then, despite the alleged unpopularity of that act, after that deed was done, went on to win the next three congressional elections and two presidential contests.