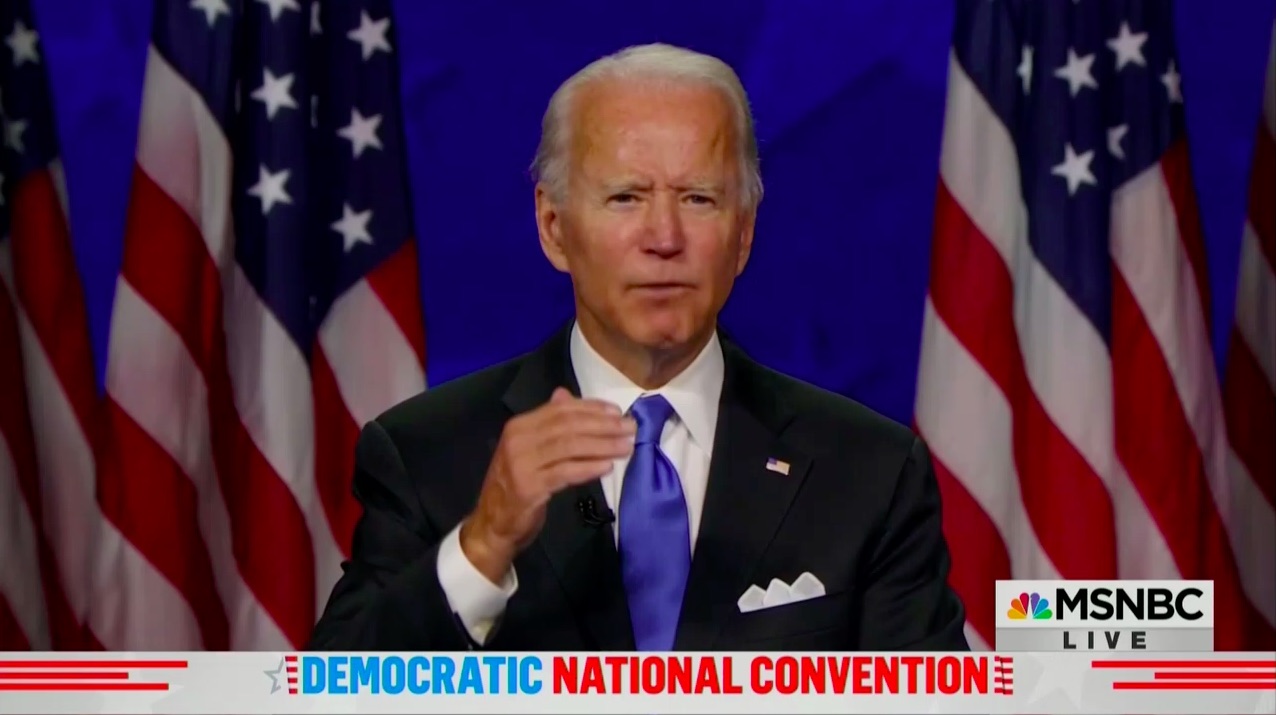 The cable news networks have been dominating throughout the week, also scoring huge ratings on nights one, two, and three of the DNC. But both CNN and MSNBC’s numbers went down on Thursday night. The number of total viewers on the major broadcast and cable networks combined, however, went up from night three — as 21.81 million people tuned in on Thursday night, up from Wednesday’s 20.5 million.

Despite the dip in Thursday night’s audience, MSNBC was still the most-watched network across both broadcast and cable in total viewers for the 2020 DNC, beating CNN who racked up the most viewers during 2016’s convention. This week was also the highest-rated in primetime in MSNBC’s history.

Apart from ABC edging out Fox News, all three cable news networks beat all three broadcast networks in both categories.

Read our full coverage of both nights of the Democratic Convention here.