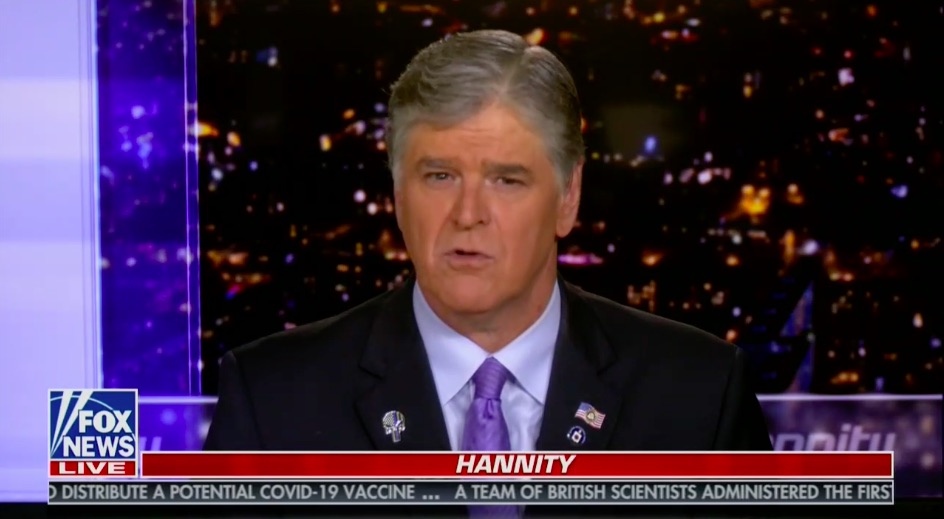 Fox News enjoyed a stellar Thursday, cruising to victory in primetime thanks to a surging Hannity and managing a tie for first with CNN in the daytime ratings for the coveted 25 – 54 age demographic.

The daytime demo stalemate between Fox and CNN found both of them locked at 336,000. MSNBC came in a distant third in the demo, with 197,000 viewers, but edged out CNN for second place in total viewers with 1.40 million to 1.33 million. Fox News took the overall ratings crown in daytime with 2.04 million.

Leading into primetime, Fox News saw a small ratings bump coinciding with one of the now less-frequent coronavirus task force briefings, which pre-empted the first 40 minutes of its 5:00 p.m. broadcast. With President Donald Trump holding court, The Five’s demo ratings essentially held steady from Wednesday, but ticked up from 3.98 million to 4.12 million on Thursday.

The Rachel Maddow Show maintained its status as top show on MSNBC, with 3.04 million total viewers and 496,000 in A25 – 54. On CNN, Chris Cuomo Primetime led the network on Friday, though the show was bumped an hour later than its normal 9:00 p.m. slot because of the network’s global coronavirus town hall. In total, Chris Cuomo’s eponymous show garnered 1.92 million overall viewers and 527,000 in the demo.