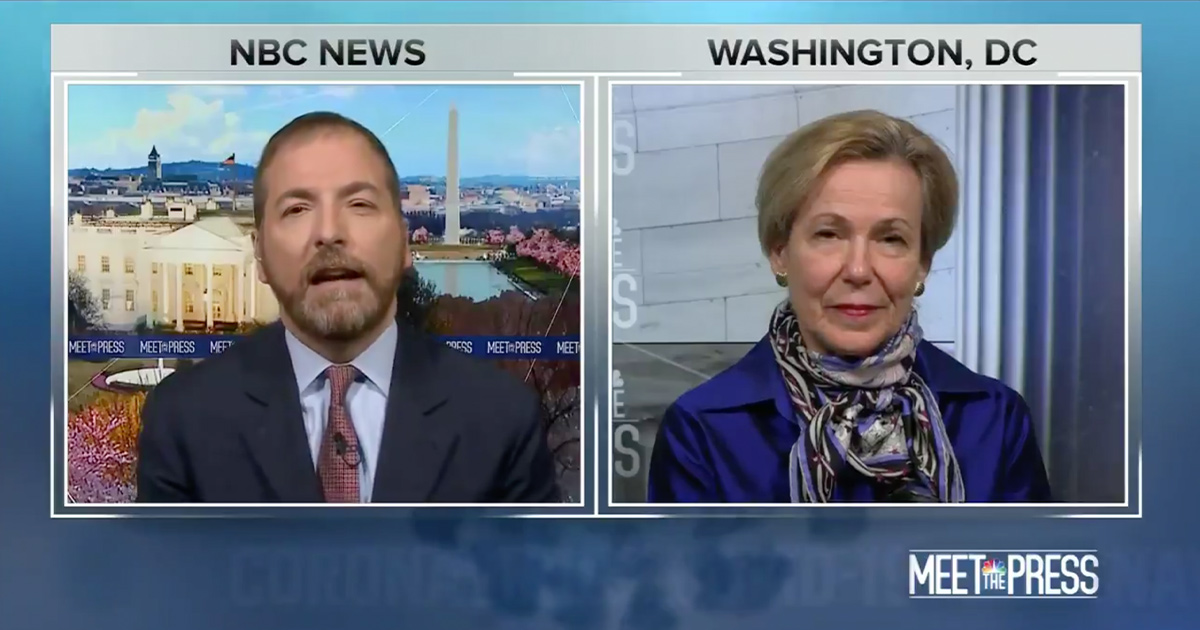 NBC’s Meet the Press took home the Sunday morning news show ratings title once again, while Fox News primetime on Monday saw an old familiar name return to the top of the rankings.

In its eighth straight coronavirus-focused program, MTP beat all comers, pulling in an impressive 4.42 million viewers overall and 1.06 million in the coveted 25 – 54 age demographic. The hour-long version of CBS’ Face the Nation came in second with 3.63 million and 765,000, respectively, while ABC’s This Week placed third with 3.21 million overall and 715,000 in the demo. (On cable, Fox News Sunday had 1.58 million P2+ viewers and 420,000 in the demo.) This past Sundays’ win continues MTP‘s strong seasonal performance, which includes its ninth consecutive monthly ratings in the demo over Face the Nation, 1.06 million to 957,000. But CBS’ Sunday morning show managed to eke out an April victory over rival NBC in overall viewers for the month, 4.44 million to 4.29 million.

On Saturday, Fox News powered to overall and demo ratings wins, thanks to its strong primetime performance (2.89 million overall; 388,000 demo) and a victory in daytime (1.67 million; 305,000) paced by its solid morning ratings.

Monday marked a return of Trump to the White House podium after his proclaimed disavowal of their importance lasted a mere two day. And with it, came a pre-primetime bump for cable news. Overall, Fox News took home both the P2+ and demo ratings crowns in daytime (2.02 million overall; 359,000 demo) and primetime (4.14 million; 725,000). But perhaps most notable was Hannity’s return to the top of the primetime heap, as it squeaked out a P2+win over its 8:00 p.m. lead-in Tucker Carlson Tonight with 4.37 million viewers to the latter’s 4.30 million. It marked a rare win of late for the longtime Fox News host. And as further evidence of Tucker Carlson’s banner April, in which he ousted Sean Hannity from cable news’ monthly primetime top spot for the first time in two-and-a-half years, he still beat Hannity in the demo 773,000 to 740,000.